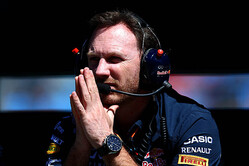 Gurmit reveals that Red Bull (it gives you whinge!) could be on the verge of following the disastrous example of New Coke...

In 1985, Coca-Cola began to change the recipe of its famous product first created in 1886. The result was New Coke, possibly one of the biggest marketing failures of all time.

Less than three months later, in the wake of a global outcry from customers, Coca-Cola executives announced the return of the original formula, though it would be called Coke Classic.

By the end of 1985, Coke Classic was substantially outselling New Coke and Pepsi, the word 'Classic' was dropped from the name in 2009, to avoid confusing the younger generation of customers.

Marketing vice president Sergio Zyman subsequently admitted: "It infuriated the public, cost a ton of money and lasted only 77 days before we reintroduced Coca-Cola Classic. Still, New Coke was a success because it revitalized the brand and reattached the public to Coke."

With this in mind, Gurmit fears for Red Bull's change of recipe in the wake of last weekend's race in Melbourne.