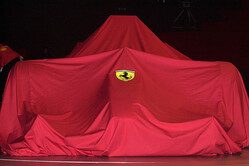 A brief press release issued this afternoon, revealed that the Maranello outfit will launch its car on its website and its digital and social platforms on Friday 30 January.

In the lead up to that day, the team said that various updates will "provide fans and the F1 world with additional information, to follow events in Maranello, including the name of the car, the precise time of the launch and other news".

Two days after the launch the car will begin testing at Jerez as preparations for the season get fully underway.

This year sees Sebastian Vettel join Kimi Raikkonen as the Italian team looks to move forward having endured one of its worst seasons in living history in 2014 having failed to score a single win for the first time since 1993.