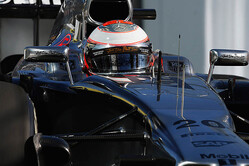 The penultimate race of the 2014 World Championship sees Formula 1 make its only visit of the year to South America. The tortuous Autodromo Jose Carlos Pace, located in Interlagos, a suburb of Sao Paulo, plays host to the Brazilian Grand Prix - a race with a long history that's loved by the F1 community.

The 4.309km circuit is named after Brazilian Formula 1 driver Carlos Pace, who was killed in a plane crash in 1977. The track, which is also known simply as Interlagos, was built in 1938 on a plot of marshland deemed unsuitable for housing, and it's been the permanent home of the Brazilian Grand Prix since 1990.

There have been several iterations of the anti-clockwise circuit over the last 75 years. The layout that hosted the first World Championship Brazilian Grand Prix in 1973 was a fast 4.9-mile test of nerve for the drivers; the track that's used today is just 2.677 miles long and it's much safer.

Due to the marshy topography, re-surfacing work is carried out regularly to flatten out any bumps in the asphalt - and this year's race is no different. The track has been completely re-surfaced and there are expectations that it will be in its best condition for several years. Pirelli had originally proposed using its Medium and Hard compounds at the race, but the new surface has prompted them to revise their nomination to Soft (Option) and Medium (Prime). These are the same compounds that have been used at the last two races.

From a technical point of view, the track is a classic compromise between straight-line speed and cornering grip. The long drag up the hill towards the start-finish straight is where top speed is at a premium, whereas Sector Two includes several slow hairpins, around which mechanical grip and traction are important.

The track's altitude of 800m is another factor to be taken into account. The thinner air at this height reduces the power from a naturally aspirated engine by as much as eight percent, while also affecting the amount of downforce generated by the cars. As a result, the efficiency of the turbo and energy recovery systems on this year's power units is going to be crucial in maximising horsepower.

McLaren has a good record at the Brazilian Grand Prix, having won the race 12 times and taken 11 pole positions. Jenson Button also has good memories of Interlagos, having scored his first ever World Championship points there in 2000 and clinched his 2009 world title at the track. For Kevin Magnussen, the Autodromo Jose Carlos Pace will be another new venue.

The stats you need

First race: 1973
What makes it special: Brazilians love F1, so there's always a lively atmosphere at this race. The eclectic mix of corners - many of them off-camber - also provides the drivers with an interesting challenge
Wins from pole position: 11
Track abrasiveness: Medium. New asphalt has been laid for this year's race and Pirelli believe it will be less abrasive than the old track surface, which was laid back in 2007.
Pirelli tyre choice: Soft (Option) / Medium (Prime), a combination that has already been used seven times this year (Australia, Bahrain, China, Hungary, Belgium, Russia, USA)
2013 winning strategy: Two pitstops
Fuel consumption: Low. The lower air density at an altitude of 800m gives this racetrack one of the lowest fuel consumption rates per km of the season
Brake wear: Medium. There are two big stops around the lap, into Turns One and Four, but the remainder is relatively low-speed, without any big braking areas.
Weather: Sao Paulo is notorious for its unpredictable weather. It can be warm and sunny and then raining hard within a few minutes.
DRS zones: Two - the first is on the start-finish straight; the second is on the approach to Turn Four
Turbo effect: High. The altitude decreases the amount of power produced by the engine on its own, placing greater emphasis on the turbo to maintain power.
Safety Car likelihood: High. The Brazilian Grand Prix is one of the most unpredictable races of the year, with a 70 percent chance of a Safety Car.
Grid advantage: The right-hand side is the racing line, so it holds an advantage on the undulating dash to Turn One
Pitlane time: 18.5s

Jenson Button: "I love going back to Interlagos, it's one of my favourite circuits and one where I have a lot of happy memories - I clinched the championship there in 2009. It's a really fantastic track and up there with the best circuits in the world. When you walk through the gates you can really sense the history and the excitement from the fans - it's very special.

"It's a tricky circuit to get right but that makes it all the more exciting; there's more opportunities to overtake there than at other tracks, and the twisty infield section towards the end of the lap is a real challenge as you're constantly on the limit trying not to outbrake yourself, so when you get it spot on it's really rewarding. I last won there in 2012, and although our results since then haven't lived up to our own expectations, it's clear that we are steadily improving our package and our aim, of course, is to build on that this weekend.

"The altitude there and elevation changes make the track really unique, so getting set-up and the balance right from the get-go will be key, especially to adapt to the bumpy surface. Austin proved a more difficult race for us than we had hoped, but I'm focused on achieving the best result we can in Brazil and getting the most out of this great circuit."

Kevin Magnussen: "It's great to go to Brazil for the first time. Although I've never raced there before, I know a lot about the circuit and it's one of those legendary places that's so ingrained in Formula 1 history. So many of my idols have raced at Interlagos and it's one of the circuits I've always wanted to drive on myself, so I'm really looking forward to getting out there.

"The fact that the grand prix is only a week after the last race in Austin is a positive, as we'll be pushing to maintain the momentum from last weekend and continuously build on our race performances, as we have been over the second half of the season. Interlagos, like Austin, is one of only a few circuits that run anti-clockwise, so it's cool that these two races are back to back.

"From the first corner onwards, Interlagos is a really exciting circuit and there are quite a few overtaking opportunities, especially in the first sector. It's a real driver's track and pretty bumpy all the way round, so set-up will be crucial to getting the most out of a lap. The South American fans love their Formula 1 too, so I'm excited about getting there and sampling the atmosphere. It's important that we build on the experience we gained in Austin - it was a tough weekend, but Brazil is another race and we'll give everything we have to come away with a decent result for the team."

Eric Boullier, Racing Director: "Interlagos is a very special place for McLaren. It's a really spectacular venue with such a rich heritage, and it's a privilege for Formula 1 to still be going there to race after so many years. The circuit is legendary and one that produces some fantastic racing, and the Brazilian fans are among the most passionate in the world. The configuration of the track is a real challenge for the drivers and it's provided some incredible moments in racing history that are etched on the mind of Formula 1 fans around the world, not to mention the fact that it's the home country of so many icons of the sport - including some well-known former McLaren drivers!

"McLaren's most recent victory came in Brazil in 2012, and although it's disappointing that the team hasn't won a grand prix since then, the progress we have been making offers some encouragement for the future. With only two races left before the end of the season, we are striving to make the most of the remaining time on track to continue our development into next year and get the maximum performance out of our car.

"Austin was a tricky race for us, but we learned a lot from the behaviour of our car, so we must regroup and go to Interlagos with renewed motivation. Brazil is the last race of the season to be run under the standard points system, so we will be pushing to secure a solid points finish in order to put us in the best possible position for Abu Dhabi. Every point is crucial in order to boost our place in the Constructors' standings, so our focus is on maximising everything we have to increase our tally on Sunday afternoon."