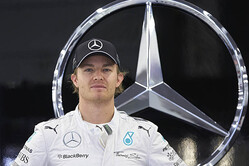 Nico Rosberg appears to be cast as the pantomime villain for the remainder of the 2014 season.

Anyway, clearly influenced by events in Belgium, and all that followed, Gurmit submits his latest...