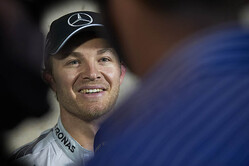 Stewards at Silverstone have opted to take no further action against Nico Rosberg and Daniel Ricciardo following incidents in FP1.

Both Rosberg and Ricciardo were called by the Stewards after it was alleged that the pair both overtook drivers after the session had been red flagged following Felipe Massa's crash, a breach of Article 30.1 of the FIA Formula One Sporting Regulations.

Having heard from both Rosberg and Ricciardo and their team representatives, and examined video, audio and telemetry evidence, the Stewards deemed that in the Australian's case the Red Bull driver overtook Alonso after the red flag was displayed before Turn 6.

Having reviewed data from both cars, several angles of video and spoken to the Australian, the Stewards determined that: the pass occurred within tenths of a second of the red flag signal&#894; that Ricciardo was approaching a car that was traveling significantly slower even before the red flag was displayed and therefore at the moment of the red flag the Red Bull driver was concerned with safely passing the Ferrari&#894; and that having seen the red flag indication on his steering wheel and on the track that he then took all reasonable actions to comply with the regulations and proceed in a safe manner.

Over a minute after the red flag was displayed, Rosberg overtook Kvyat under red flags at Turn 15. Having reviewed data from several cars in the same area of the track, several angles of video and having spoken to the German, the Stewards determined that: the Mercedes driver had driven the lap fully within the regulations and was traveling at a safe and reasonable speed throughout&#894; that at the moment of the overtake, Kvyat pulled fully off line and slowed to as low as 38kph in what appeared to be a very unusual manner, in an area of the track that was visibly completely clear&#894; and that Rosberg took reasonable avoiding action of a car, that the Stewards accept he reasonably believed to be in difficulty, consistent with Art. 40.8(h) of the Sporting Regulations relating to Safety Car periods, whereby a pass is allowed in what has to be considered an acceptable circumstance&#894; that Rosberg slowed down to as low as 39kph immediately having passed the Toro Rosso, reasonably reacting to the situation and continued to proceed with extreme caution.

In both cases no further action was deemed necessary.