Todt and Dennis critical of Vettel 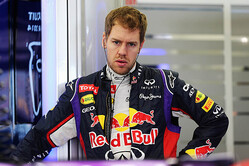 The Red Bull driver's Manama misery wasn't confined to the track, for in the paddock the FIA president and McLaren overlord were both making their feelings quite clear.

Whilst some might appreciate the youngster's outspokeness, especially when compared to those driving for some of the more corporate teams, others are unhappy with what they see as an unprofessional attitude.

While Todt and Dennis are both unhappy with the German's use of bad language - paying particular reference to his recent description of the sound of the new engines - they also feel that as world champion he is an ambassador for the sport and therefore shouldn't be talking it down.

"I would not expect from an icon of the sport, who is Sebastian Vettel, the four-time world champion and an ambassador of the sport, to say something negative because it has a big influence," said the Frenchman. "If he came to me and said, 'I think we should address the problem of the noise', he is a significant person and I would listen to that."

"Being a world champion requires a dignified approach to everything," Dennis told Sky Sports. "Putting aside the language for the moment the sentiment is inappropriate.

"The simple fact is if he was sat in a Mercedes he would be extremely happy," the Englishman continued, "and I'm quite sure any four or five-letter words would be more of joy. He should just reflect on the fact he has had a period of dominance, and just because that dominance is being shaken by Mercedes, doesn't give him the licence to be disrespectful of the obligations placed on him as a world champion."

Rumours that Vettel's reaction to the comments was "b******s", remain totally unconfirmed.