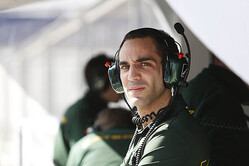 Formula One has just three short months to finalise details of proposed cost cap regulations if they are to be written in to the rules for the 2015 season. The notion of cost capping has been provoked controversy among the teams who all agree the sport is too expensive but refuse to concede any competitive advantage their heftier bank balances might afford.

Max Mosley originally mooted the idea of a cost capped tier within the sport, with Marussia, Caterham and the now-defunct HRT all entering under that concept in 2010. However, Mosley's grand plan was subsequently overturned, leaving the three new teams which had entered the sport under the proposed budget cap regulations in a hapless position while the sport carried on spending.

Now, some five years on, FIA President Jean Todt has declared a cost cap will be imposed for 2015. But despite his claim little is known about the system, or even where discussions are up to, even though details have to be finalised by the end of June if they are to make part of next year's regulations.

"Progress is being made," assured Sauber's Monisha Kaltenborn. "We are working on papers and I think it's more than just an intention of the FIA to (introduce a cost-cap).

"The teams got together with the other stakeholders and there was an agreement amongst everyone that we have to do something," she added. "We looked at different ways to do it so I think that's already a big step."

Kaltenborn's comments are typical of the secrecy which has shrouded the discussions over cost-capping. While some information has leaked out there has been no public sign of progress, leading many to question if the term "progress" is simply a synonym of "wasted hot-air" while simultaneously raising concerns another year will pass without anything being accomplished.

"One of the key things that we can learn from other sports is that it is entirely possible to do this, I think that's something that's really important," claimed Graeme Lowdon, chief executive officer at Marussia. "You still hear people saying that it might be difficult or it might even be impossible to do it and I personally think that's nonsense.

"Formula One has introduced the biggest technical change that we've seen, certainly in my generation, and it's been done successfully," he argued. "Most other global sports have introduced - for the better of the sport - financial mechanisms which do work to greater or lesser extents but they do work and therefore I think one of the things that I would be really keen to see emphasised is that these mechanisms do work, they can be done and it's certainly not impossible."

The problem lies in the fact that there is no incentive for teams to look after more than their own interests. They may be invested in the sport but reap only their own returns making them reluctant to do anything for the greater betterment which may ultimately harm themselves.

"Maybe if we had a different business model like a franchise, for instance, that would be a better way to align the interests of everyone and therefore the shareholders of the different teams would have the same sort of interest but we have to wonder again if it is worth going in that direction," suggested Caterham team principal Cyril Abiteboul. "There is nothing right now in the set-up that aligns the interests of the different teams and therefore it's only the competitive spirit that remains."

Abiteboul's statement stands out as the most reasonable assessment to date of the current situation. With no incentive in working with one another the teams have no reason to agree, making progress difficult despite the likes of Kaltenborn claiming it is being made. Indeed, the simple fact that those involved in the discussions are continuing to labour that point suggests no sort of agreement amongst the teams has been reached, casting even more doubt on any form of cost control being introduced even in the long-term.

Time is fast running out for 2015; if the new regulations are not finalised by the end of June they cannot be ratified by the World Motor Sport Council, and therefore cannot form part of the regulations for next season.