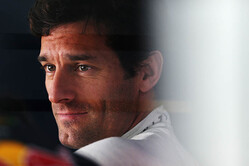 His F1 overalls still wet with Champagne following his podium finish in Brazil, Mark Webber has announced that he is to contest the Bathurst 12 Hour race.

The Australian, who retired from F1 on Sunday following a twelve-season career with teams including Minardi, Jaguar Williams and, most famously, Red Bull, with whom he won nine races and finished third in the championship on three occasions, heads to endurance racing next year with Porsche.

Asked by a fan on Twitter yesterday whether he would be contesting next year's 12 Hour race at the Mount Panorama track, Webber replied: "15 with @EricBana67 @jamestomkins65".

'15' refers to 2015, while Bana is film actor Eric Bana, of Hulk, Star Trek and Munich fame, who is also a keen racer; contesting Australia's Porsche Challenge in 2004 he often finished in the top ten and that same year finished fourth at the Sandown 500, while in 2007 he crashed his 1974 XB Falcon Coupe in the Targa Tasmania rally. James Tomkins is the seven-time world champion and a three-time Olympic gold medal rowing champion.

It is thought that Webber will drive a Porsche 911 GT3 in the event.

Following Webber's announcement, organisers of the event tweeted: "Did anything interesting happen on social media in the last 24 hours, or so? For some reason our twitter exploded!"