Vettel continues to dominate in FP2 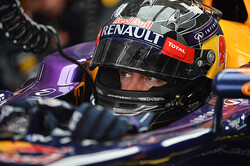 Sebastian Vettel led a Red Bull 1-2 this morning, his only possible challenger for the 2013 title, Fernando Alonso, sidelined by a gearbox issue. Ferrari claims the gearbox has been repaired and didn't need to be replaced.

The greenness of the track meant there were plenty of apexes missed, spins and trips through the kitty litter but nothing serious.

Lewis Hamilton, who complained of struggling with his car earlier was eventually able to close the gap, whilst Force India continues to struggle. Romain Grosjean remains in the mix whilst teammate Kimi Raikkonen was way down in seventeenth.

The lights go green but it is almost two minutes before an engine fires up, shortly after Chilton heads down the pitlane, followed by Bottas and Bianchi.

A big lock-up into T16 for Raikkonen, the Finn flat-spotting his front-left, they tyre under the most stress at this particular circuit. Nonetheless, of the runners thus far, the Lotus driver goes quickest, breaking the beams at 1:28.419. Ricciardo is second, ahead of Hulkenberg, Bottas and Bianchi.

Di Resta, who made was for James Calado this morning, almost trips up over a Ferrari as Perez goes second (28.829).

In a matter of moments Alonso goes quickest, only to be usurped by Hamilton and then Grosjean, the Frenchman posting 27.531. Elsewhere Raikkonen spins at T3 the Finn appearing to struggle with the E21.

Following on from his qualifying problem in Japan, Vettel is told that he has another KERS issue. The German is somewhat comforted by the sight of Adrian Newey back on the Red Bull pit-wall.

KERS problem or not, Vettel posts 27.360 to go quickest. While Grosjean and Hamilton improve, Vettel raises the bar ever higher with a 27.059.

"We think we can fix KERS," Vettel is told, "but if you think you can learn something carry on".

Having told his team that there are "white stripes" on his front–left tyres the Mexican is told to pit immediately.

Rosberg is one of several drivers to lock-up as drivers push just that little bit harder.

Capt. No Grip reports that he is losing (guess what) "grip" through the high-speed corners. Teammate Perez is currently third (27.244).