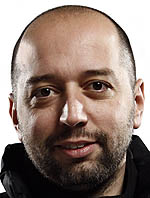 For around six months the ownership of the Lotus Formula One team has been a subject of hot discussion. Lotus Cars is a partner in the team but does not own any shares in it. However, in October it was rumoured that the marque's Malaysian parent Proton would buy into it. This was denied by the team but it soon added fuel to the fire.

Lotus F1 is majority owned by private equity firm Genii Capital which was founded by Gerard Lopez, an early investor in Skype. In January he said "if there are investors who want to enter with some shares we are ready." He has lived up to his word as a report in the Daily Telegraph by Pitpass' business editor Christian Sylt reveals that a 2% stake in the team has been sold for an estimated £1m.

The team's new owner is British property tycoon Andrew Ruhan who recently joined the board of Lotus F1 as Sylt revealed in March. The appointment of Ruhan to the board was seen as a precursor to him investing in the team but Lopez initially denied this completely telling Sylt on 26 April that "Genii own 100 pct of the company."

However, three days later he revealed that Ruhan "is not a large or a controlling shareholder in the team. He is a friend and a business partner in some substantial real estate developments, loves cars, racing and has purchased, if I am not mistaken, 2% of the equity to be on the board and feel involved - for sure not a substantial deal for either party."

Ruhan made his name in 1998 when he bought the former Financial Times print works in East London and turned the building into a telecoms data centre. He is currently being sued for £100m in London's High Court by the family of Gerald Smith, one of his former business associates. They claim that Ruhan has not paid them promised profits from the development of 37 hotels which has allegedly made him in excess of £250m.

He is no stranger to motorsport as he is a keen amateur sports car racer who won the GT Cup championship in 2011.

Lopez told Sylt that "Andy is a friend and partner in deals, specially some substantial real estate deals of our Ikodomos division, he is also a fellow gentleman racer who was nominated to the board as we replaced at least one Lotus Cars director."

The team's latest accounts are for the year-ending 31 December 2011 and show that it burned up a £20.8m pre-tax loss despite revenue accelerating 41% to £115.7m. It mainly comes from two sources - prize money and sponsorship with the team's biggest-paying partners including Unilever and oil company Total.

They are getting good exposure this year as Lotus' lead driver Kimi Raikkonen is currently second in the championship. After Räikkönen's second place in Sunday's Spanish Grand Prix he is closing in on the top spot as he now lies just four places behind Red Bull Racing's Sebastian Vettel. If Raikkonen overtakes him in the standings it could prove to be a very successful investment for Ruhan and may well encourage him to buy more.