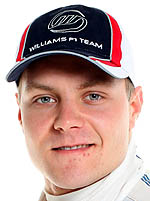 Williams looks likely to be the last of the teams to unveil its 2013 contender, the FW35 to be rolled out at Barcelona in mid February.

The Grove outfit, which scored its first win in eight seasons last year, will present the FW35 on Tuesday 19 February at the Circuit de Catalunya, scene of that win, the first day of the second pre-season test.

The car will be rolled out of the garage for a photocall with drivers Pastor Maldonado and Valtteri Bottas between 0830 and 0840.

For the Jerez, which gets underway on February 5, the Grove team will be running the FW34 in order to test a number of key development parts in preparation for the launch of the FW35. However, the FW34 will display 2013 livery.