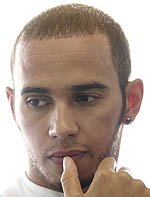 With less than six weeks until the first pre-season test, the Ferrari and Mercedes chassis are both understood to have passed the FIA crash test.

Spain's El Mundo Deportivo claims the 2013 Ferrari has passed the test, just weeks after Sauber became the first to announce that it had passed.

Elsewhere, Auto Motor und Sport claims that the Mercedes WO4 has passed, the car which will see Lewis Hamilton partner Nico Rosberg.

Thus far only two teams, McLaren and Force India, have announced their launch dates, which both occur just days before the first test.

According to Auto Motor und Sport's report, the WO4 will feature a new, smaller gearbox and sidepods designed around the controversial coanda exhaust.

Furthermore, in light of the German team's problems with its tyres in 2012, the car is also said to feature a new rear suspension which should be far more accommodating if changes are needed to suit the characteristics of the 2013 rubber.