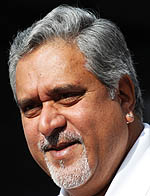 Organisers of the Indian Grand Prix remain confident that the event will prove popular and a regular on the calendar despite race day attendance dropping by 30,000 this year.

In 2011, 95,000 fans attended the inaugural race, however, this dropped to 65,000 this year. Nonetheless, the powers that be are confident that with a bit more work, in true Field of Dreams style, the fans will come.

However, admitting that attendance is down this year, he pointed to some of the reasons why the fans might be staying away.

"It is quite a drive from Delhi and people's apprehensions are also about parking," he said. "If you don't have a car pass, you could be a long way from the entrance gates.

"The traffic also is a consideration, the third is hotels," he continued. "If you look around here, there are many new hotels of a very high standard but we need more for middle class and upper middle class people. For an average person, it's pretty expensive."

However, it isn't all doom and gloom, looking out at the 100,000 capacity track, he added: "I think that some more marketing and some more road shows will bring more of an audience in here."

Of course, another reason for the drop in attendance, other than the novelty factor, is the lack of a local hero to cheer on. Mallya's Sahara Force India is based in the UK and employs a Scot and a German. The only Indian driver on the grid is the likeable Narain Karthikeyan but he is hardly likely to enthuse the crowds whilst driving for HRT.

On the other hand, those fans that did attend this year appeared far more down to earth than those that attended last year, the shouting for Fernando Alonso during the podium ceremony and after showing that the local have a bit more passion for the sport than their counterparts in China, Korea and most points East.

Indian motorsport boss Vicky Chandhok, a driving force behind the event, is convinced that 2013 will be crucial for the event. "Formula One is like this only," he said. "This is the trend everywhere. From third race onwards, you'd see some kind of stability. Overall, it has been a huge improvement from last year."