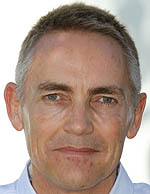 McLaren team boss Martin Whitmarsh has all but confirmed Formula One is set to introduce low capacity turbo-charged engines for 2014. While the news may come as no surprise to many, Whitmarsh's assertions are the closest any in the F1 fraternity has come to confirming the controversial engine new configuration for the 2014 season.

"At the moment we really like relatively large capacity, very high revving, normally aspirated engines; racers very much enjoy those," explained Whitmarsh in the latest Vodafone McLaren Mercedes Phone-In. "They're quite a bit different from what the automotive manufacturers have in their cars today.

"Looking forward to 2014 then there will be a lot of emphasis on fuel efficiency, downsized turbo-charged engines, increased emphasis on kinetic energy recovery and also exhaust energy recovery," he added. "All of those things I think, if you look in to the R&D programmes of major automotive manufacturers, are the sorts of things that they are working on.

"At the moment Ferrari, Renault and Daimler are working very hard on this - it's a big challenge that Formula One has placed on them. Inevitably whenever you make a change there will be some people that are uncomfortable with those changes, some people will say it's to the detriment but I think we've reached a point now where there's sufficient commitment from those manufacturers that we, the Formula One community, have got to get behind them."

The regulation changes for 2014 look poised to shuffle the pack, which has enjoyed comparatively stable technical regulations for the last few years. It's led to increased competition in the sport and some of the narrowest margins between cars in the sport's history. Coupled with the difficulty teams have had understanding the Pirelli rubber, the 2012 season has been punctuated with enthralling, unpredictable racing.

It's a point Whitmarsh hopes will play in his team's favour as McLaren chases not only Red Bull in the Constructors' Championship but Fernando Alonso in the drivers' title. "With nine races to go and you look at the number of points, 25 points per race win, things can change quite quickly," he claimed defiantly.

Much of the team's success has been a result of Lewis Hamilton's return to form, while teammate Jenson Button has struggled. Having won the opening race Button's season soon hit the rocks as he failed to come to grips with the tyres, and now finds himself more than forty points behind Hamilton, and almost ninety adrift of championship leader Alonso. However as the odds of another championship win for Button continue to lengthen Whitmarsh refuted suggestions that the 32-year-old would be forced in to service for Hamilton.

"McLaren prides itself on going in to each season giving both drivers equal opportunity to win races and the championship," he argued. "We've got to be measured in terms of when we talk to our drivers about putting their support behind another.

"I think it will be quite a few races time when we look at the situation and we'll make a decision there."

Whitmarsh was also giving nothing away when it came to Hamilton's future with the team. While it is believed discussions took place over the break the McLaren boss was tight-lipped when it came to just how close a new deal was. "It will be resolved in fairly short order," was all the Englishman would reveal. "We're progressing things in the background but we're not getting in the way of trying to do our job. I think we'll know in due course and when we've got something to say together then we'll obviously make that statement."

The McLaren boss was slightly more forthcoming when asked about a Mercedes or Lotus-style Double-DRS. Giving a boost to top speed by stalling airflow over the rear wing, Whitmarsh all but dismissed notions that a device similar to that used by Mercedes or Lotus would appear on one of his cars.

"We have, at any one moment, a whole variety of development projects ongoing," he said. "We've got a finite amount of resource and we try and extend it where we get the biggest bang for the buck.

"Our judgement so far is that we've been able to find other projects that deserve that resource and we've had a great performance resource from.
"But with nine races to go, with the performance we were showing going in to the break, we should be focussed on winning more races, and still very much focussed on the championships," he concluded, "I think everyone recognises they are still wide open and certainly we're in contention."