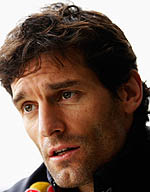 Mark Webber is the flavour of the month. Having been touted as a likely candidate to replace Felipe Massa last week the Australian veteran has now been linked with a deal which would keep him at Red Bull next season.

The news comes courtesy of the Sydney Morning Herald, an Australian newspaper which cites 'sources' who suggest that Webber could stay put alongside Sebastian Vettel for 2013. The article's logic follows that it would give both Daniel Ricciardo and Jean-Eric Vergne more time to mature at sister team Toro Rosso before one of them gets promoted further down the line.

The problem is there has been no indication from the team that it is in discussions with Webber. In fact quite the reverse since comments made by Red Bull's driver advisor Dr Helmut Marko at last year's Hungarian Grand Prix contradict the Herald's claim: "We need to find one of our juniors who can replace Mark Webber," Marko told Australian television. "He is probably going to retire in 2012."

Marko is generally not one to mix his words, nor is he one to stand on sentiment. The Austrian is famously cold and calculating in his decisions which put the good of the team ahead of an individual driver. It gives him a hard man persona; one he makes no effort to shy away from. The suggestion that Webber is in his last year of Formula One, which implies his final year with Red Bull, must therefore be taken seriously.

Webber meanwhile is not getting drawn in to the speculation around his future. Last week he stated that he was "focusing 100 per cent on this season and doing the best job for myself and Red Bull.

"I'm not putting any energy in to anything else," he told the Herald, the veteran adding: "I'm really enjoying my driving and clearly I'm off to a really good start this year.

"'I feel completely reinvigorated and am just really enjoying it, which has been reflected in my driving and my results," he added. "Retirement isn't even on my radar at the moment. The results are there and when they are there I keep driving."

However, most insiders tend to agree that if Webber does elect to continue it won't be with Red Bull. Therefore, the claims made in the Herald would seem designed to help push negotiations for 2013 along one way or another, it's just a case of working out who they're intended to persuade. Or are we being overly sceptical?