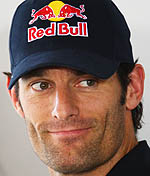 Mark Webber has confirmed that he is in "positive" talks with Red Bull over an extension to his current contract.

The Australian, who joined the Austrian outfit in 2007 from Williams, is yet to confirm his plans for 2012. However, talking to BBC Sport, he revealed that despite the various ups and downs during his time with the team he hoped to remain there for at least one more season.

"The team and I are talking about whether I continue with Red Bull in 2012 and it's positive," he said. "What happened on Sunday does not turn my world upside down," he added, referring to the order given to him not to challenge his teammate Sebastian Vettel during the final laps of the British Grand Prix and hold station. The Australian subsequently admitted that though he finished third, behind the German, he had no intention of obeying the order.

Team boss Christian Horner subsequently revealed that whilst understanding Webber's stance he had to appreciate that the team could not risk the pair colliding especially at such a crucial stage of the race. A year earlier, the two had famously collided during the Turkish Grand Prix.

"Christian and I had a chat about the situation after the race," admitted Webber. "We both put our cases forward and I think we came away seeing it from both perspectives.

"It was obviously a difficult situation but I still feel comfortable about what I did," he continued. "In that situation, you are hit by conflicting emotions. You want to improve your position, irrespective of who it is in front of you - especially when it is someone at Sebastian's level, whom you have to work pretty hard to get back on to."

Earlier in the week, Red Bull owner Dietrich Mateschitz said he believed the Australian would remain with the team, claiming he was "popular" and "comfortable" within it.