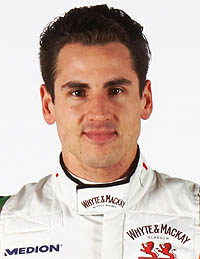 Adrian Sutil converted his strong qualifying position into points today as he raced to a well-earned ninth place in the European Grand Prix. Teammate Paul Di Resta finished the race in P14.

Adrian Sutil: "To finish ninth feels great and I'm pleased that we've managed to get the maximum from the car through the whole weekend. I made a good start: jumping ahead of Heidfeld and was then able to keep up with Schumacher in the first stint. I pushed hard but there was no opportunity to get by him. In the middle of the race I had some clear track, good race pace and we were up to P8. After the final stop, I came out behind Alguersuari, who was doing a two-stop race. I tried all I could to overtake him, but the DRS zone did not make overtaking very easy and I had to settle for P9. The car felt really nice to drive today and I'm really happy for the whole team with this result."

Paul Di Resta: "I'm not sure that we got the strategy quite right today. There were a couple of laps in the first stint where my tyres had gone off and we didn't stop early enough. We made up for that during the second stop, when I jumped Heidfeld and Barrichello, but I lost out again at my final stop. It's tough when the tyres go off because it costs you around two and a half seconds per lap, which is a lot when the fight in the middle of the pack is so close. Even without those issues it would have been tough to score points today because overtaking was more difficult that I thought it would be, even with the DRS zone. So it hasn't been the best of weekends, but I'll put that behind me and look forward to my home race at Silverstone."

Dr. Vijay Mallya, Chairman and Team Principal: "The two points scored by Adrian are a welcome reward after a very strong weekend for us. The car has worked well from the start of practice and Adrian has not put a foot wrong. The only frustration is that we were unable to contain the Toro Rosso of Alguersuari, who managed to jump ahead of Adrian with a two-stop strategy. Paul once again delivered a fighting drive, but was unlucky with the way the strategy unfolded. It was a reminder that even stopping one lap too late can be very costly in terms of track position. So we leave Valencia pleased to be back in the points and determined to carry our good form into Silverstone, a local circuit for our factory and a race that everybody enjoys."

To check out our European Grand Prix gallery, click here.