Klien to race in Brazil 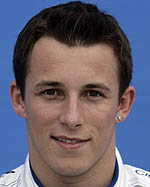 Hispania has announced that Christian Klien will replace Sakon Yamamoto in this weekend's Brazilian Grand Prix.

The news was announced in the Spanish team's preview of the event, with the Austrian saying: "I am excited to come to Brazil where I already raced two times, the last time in 2005, and where I could achieve good results. The circuit is quite challenging and we are racing anti-clockwise which is going to be tough for the neck. There are many slow corners and the long straight at the start-finish-line where high speeds are possible. I am very happy to get a second opportunity to do another Grand Prix here after Singapore and I hope that we are doing a good weekend with positive results."

Klien's return to racing didn't do Bruno Senna any favours either, the Austrian - despite his lack of time in the car - out-qualifying his teammate by over a second.