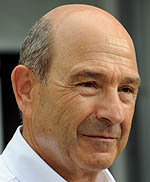 Sauber will not use its F-duct system for the remainder of the Australian GP weekend, team owner Peter Sauber has revealed.

The Swiss team boss told Pitpass this morning that the system still has some way to go before it can be used in a race and that his team believes it would be best served by fully studying the device before introducing it. The Hinwil-based outfit is the first team to develop an F-duct, which Peter Sauber calls 'the McLaren system'.

After the system was fitted to the cars of Pedro de la Rosa and Kamui Kobayashi in practice, Sauber confirmed that the team would not be using it in the race, admitting: "It doesn't work at the moment."

While it's known how the system works, it took McLaren 18 months to develop, so Sauber is under no illusions. "We need some time to develop it," he confessed.

The team has not given up however, Sauber saying that development will continue even without the ability for the team to test it before Sepang. "We will try again in Malaysia," he confirmed.