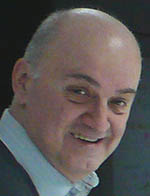 There has been some talk about the credibility of Stefan GP boss Zoran Stefanovic in recent days following the FIA's announcement that his team will not be on the grid in 2010. Pitpass will not get involved in such mudslinging so instead turns to its business editor Chris Sylt who reveals the truth about the financial situation of Stefanovic's engineering company AMCO (www.amco.st).

The internet register shows that the Amco site is registered to Zoran Stefanovic at Solunska 30 in the Serbian city of Belgrade. Unsurprisingly the Serbian companies register confirms that Amco Korporacija (meaning Amco Corporation in English) is registered to this address but it is the financial details which are more eye-opening. They reveal that the company was only set up in March 2008 and during the year had business income of just £280,000 (€310,000) with expenses of £321,000 (€356,000). Net income for the year was a minuscule £3,600 (€4,000) and it had the grand total of just one employee.

In short, these are hardly the kind of foundations which can fund an F1 team so perhaps it is no surprise that the FIA didn't allow the team in.

AMCO is going to have to pull off some impressive deals to ensure that its next set of figures come anywhere near the revenue of the companies held by other F1 team owners such as Tony Fernandes and Vijay Mallya.

One statement about the credibility of Stefanovic which Pitpass will make is that it is aware of at least one sub-£1,000 bill which remains unpaid since July 2009. If he can't meet this small payment it raises the question of whether his other bills are being paid. For now at least however, it isn't something F1 has to worry about.

Update: Pitpass seems to have caught the attention of most of Serbia with this story as our inbox has been abuzz with messages remarking that Mr Sylt has been overly kind to Mr Stefanovic.

Due to a translation error on the Serbain companies register the currency of the financial results was not listed on the pages in English. We assumed the financial data to be in Euros since this is the currency listed on other pages about AMCO on the Serbian companies registry. However, our Serbian readers have pointed out that in fact the Serbian-language pages of the site show the currency to be Dinars and this paints an even more shocking picture of AMCO's finances.