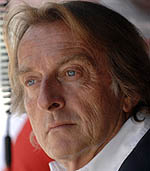 "2009 was bad, but I am confident that for next season, we can return to our winning ways." So said Ferrari president Luca di Montezemolo at his team's Christmas luncheon.

"From 1997 up until now, we have nearly always been in the fight for the title, winning it many times, or losing out at the final race. The only two exceptions have been 2005 and this season just gone.

"There are reasons for the drop in performance," he continued, "especially the grey areas in the regulations, which led to different interpretations and the way in which decisions relating to these were taken. Then, we also have to consider that, in 2008, we fought right to the bitter end, trying to win the title, just as a major rule change was on the horizon. Furthermore, especially at the start of the season, we made mistakes and there were problems with reliability which cost us dear.

"Then, we reacted. Domenicali worked on the team which, in the second part of the season, worked perfectly. The team also worked on the car, but unfortunately, there was no way to alter its basic design philosophy. We introduced the new diffuser, but that alone was not enough: it was like when we were young and tried to fit a radio to a car not designed to accommodate one. In fact, at the end of July, we decided in any case to cease development of the F60, in order to concentrate on the design of the new car. Unfortunately, just as we began to rack up a few good results, Felipe had his terrible accident. We were very concerned for him, first of all as a person and then in terms of his future as a driver. The rest is history. Thanks to Kimi, we managed at least one win, but then we became ever more uncompetitive, partly because so many others were still pushing hard on the development front. Neither Fisichella, nor the fearless Badoer managed to get a result with a difficult car and so we ended up fourth."

"Now, it is time to turn the page and get Ferrari back to its rightful place. "I repeat, I have a lot of faith in this team, which let us not forget, has won three titles in three years and lost a fourth in a manner that everyone remembers," the Italian continued. "I recall there were many who said we would not know how to win after the Schumacher and Brawn era, but that was not the case. For 2010, we have a great driver pairing, the best for a team like ours."