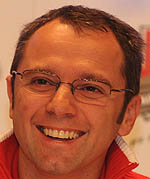 Ferrari has set up a new initiative, to be known as the Ferrari Driver Academy, created to find and support talented young racing drivers from around the world, with the eventual aim of getting them into Formula One.

The programme is based on a different philosophy to other schemes of this type: a group of young drivers will be selected and then supported as they progress, not just in terms of their racing activity, but also focussing on their personal and professional development.

The project, to be run by Luca Baldisserri, will evolve gradually, over a period of several years, starting with kart racing and continuing through the intermediate formulae, before finally reaching the goal of Formula 1. Playing an important part in this initiative will be the ACI-CSAI, which will collaborate on the programme through the Federation's race school at Vallelunga.

"This programme has a very clear goal: to help youngsters develop to the point where, one day, they could fly the Ferrari flag in the Formula 1 World Championship," said Stefano Domenicali. "We plan to take an original approach, covering every angle with them, so that they are as well prepared as possible to tackle every aspect of modern day motor sport."

The first youngster to be selected for this programme is Jules Bianchi, who won this year's Drivers' and Teams' titles in the Formula 3 Euroseries and made his debut at the wheel of an F60 in the recent Jerez test session.