Barrichello in talks with Williams and Brawn 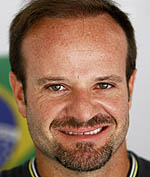 Despite claims that he has already done a deal which will see him head to Williams in 2010, Rubens Barrichello claims he is still in talks with his current team Brawn GP.

Earlier this week Brazilian broadcaster Globo claimed the veteran had signed with Williams, however, speaking ahead of this weekend's Grand Prix at Interlagos the 37-year-old insists he is still in talks.

"I read about everything that's been said and made it quite clear that this is a very special moment for me in Formula One," he added. "Today I feel very honoured that there are teams trying for me, that there are teams I'm talking to and that my situation is a lot better than for some time."

Less than a year ago it seemed that Barrichello's long career was at an end. Once Honda pulled the plug on its F1 operation things looked grim for the Brazilian and even when the Brackley outfit appeared to have been saved it was Bruno Senna who was linked with the second seat.

However, Ross Brawn kept faith in the veteran with whom he worked for many seasons at Ferrari and now, going into the penultimate race of the season, there is still a chance of Barrichello claiming the title.