BMW considering a number of possibilities 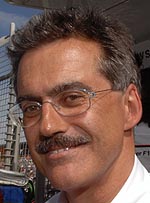 Speaking in Valencia, BMW team boss Mario Theissen has revealed that the German company is considering a number of possibilities aimed at keeping the team in F1 to the extent that is has submitted an entry for next season.

In the wake of BMW's decision to follow Honda's example and withdraw from F1 it was hoped that Peter Sauber - who owns a 20 per cent stake in the German-Swiss team - might come up with a rescue package that would allow the outfit to continue. However, he subsequently claimed that BMW's demands were too high.

However, in the hope that a deal might still be found, Mario Theissen has revealed that as it ponders a number of options the team has submitted an entry to the FIA for 2010 using the current team name.

"We are now waiting for the decision," he said. "We have applied and it is for the FIA to decide if we are accepted. We did not have to show an engine supply contract but we have given some indication, we are talking to engine manufacturers and there would be a solution.

"Our first priority now is to keep the team up and running under new ownership and that is something you cannot sort out within a few days," he continued. "Therefore we would appreciate getting as much time as possible because as you can imagine it's not easy."

Asked if he might remain at the helm, much like Ross Brawn took charge at the former Honda team, Theissen said: "That's open and I'm not thinking about it. The first priority is to secure the future of the team in my current role with the team and then after the season we can see what will happen to me.

When asked if he was disillusioned by BMW's decision, the German replied: "You best ask me this question again a few months from now. It all depends on what we are able to pull off."