Renault warns suppliers it might not be in F1 in 2010 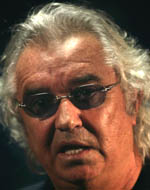 Whether it is the continued doubt over the budget cap row or simply that it has had enough of F1, Renault has been advising its suppliers that there is no guarantee it will be in F1 next season.

According to reports in the German media, Renault Sport has written to numerous suppliers warning them that its future is far form certain.

At a time when sections of the media are claiming that FOTA and the FIA are inching towards a deal, such an admission from the former World Champions indicates that the matter is far from settled, at least as far as the French outfit is concerned.

Last weekend, Flavio Briatore denied reports that he is considering buying the team.