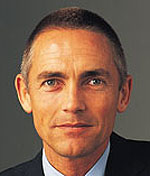 Following the season opening Australian Grand Prix yesterday, Martin Whitmarsh, discusses the race and looks forward to the next few months for the team.

Victory for Lewis Hamilton and a strong Vodafone McLaren Mercedes debut for Heikki Kovalainen, who was unlucky to drop from second to fifth, the 2008 campaign could hardly have started more sweetly.
"It has been fantastic, although obviously we very much feel we should have had a one-two. Lewis did a terrific job all weekend and didn't put a foot wrong. To an extent we expect that of him. He has grown and developed tremendously in one year of grand prix racing. He is really determined to get the job done this year. The team also had an excellent weekend with Heikki. There is a huge amount of pressure on him, because there's an expectation that Vodafone McLaren Mercedes drivers are going to win races. The pressure is very different from anything he's experienced before, but he raced faultlessly. Unfortunately, the final Safety Car period cost him second place."

Were you expecting more of a challenge from your main rivals in Melbourne?
"We had a solid winter test programme and it's clear we're competitive. I think some pundits believed Ferrari would be stronger than us and, at some tests, they were. By our assessment, though, things were very close between the two teams before we came to Australia and some of our other rivals weren't far behind. I think Ferrari underperformed in Melbourne but we shouldn't be writing them off. They have great depth and we have no illusions about this. This time last year we sat here having been soundly beaten but we were able to regroup and dominate the following race in Malaysia - we need to make sure that trend isn't reversed in 2008. I think we'll be strong at Sepang."

From his own description, it sounds as though Lewis had a relatively easy drive to victory. "Breeze" was the word he used.
"He told us several weeks ago that we had given him a car with which he could win in Australia and, as it turned out, he was absolutely right. He is very comfortable in the MP4-23. We knew we had a good basis from the moment we launched the car in early January and we improved it progressively throughout the winter tests. We wanted to retain our ability to extract first-lap performance, but we were also aware of the need to find a way to preserve our tyres better than we did previously. We've made good progress in that area, but I still think we can do more. If you look at our long-run performance during practice, both Lewis and Heikki were very impressive. We always felt we could beat Ferrari here and, as it turned out, they underperformed."

What benefits do you think Heikki will draw from his performance this weekend?
"He pulled off some interesting moves against Kimi Raikkonen and did a fantastic job to get past Fernando Alonso with a couple of laps to go, although there was then a slight blemish when he activated the pit lane speed limiter while removing a tear-off visor on the pit straight, so he lost the position again. That notwithstanding, I believe he'll have drawn a great many positives from what he has achieved this weekend and I have no doubts at all about his ability to win races this year. It was an important race for him and he'll come out of it with greater mental strength and confidence. The team has done its best to support him and he has paid that back with a calm, constructive contribution."

Does the loss of a likely second place remove any of this weekend's gloss?
"A solid one-two might have made us jump a little bit higher, perhaps, but I'm sure we will get results like that this season because Heikki has crossed over to become a fantastic Vodafone McLaren Mercedes driver. He came of age this weekend and will be pushing hard in Malaysia. We want him to do that and so does Lewis."

Some of the younger drivers appear to have a particular appetite for the latest breed of grand prix car, with fewer electronic aids and no traction control.
"Vodafone McLaren Mercedes has one of the youngest race teams and both drivers have adapted very quickly to the new rules - but then so have our test drivers Pedro de la Rosa and Gary Paffett, who are both incredibly experienced. I suppose there is a little bit less to get used to for the younger drivers, who have been exposed to traction control for a smaller percentage of their careers, but they have responded fantastically. It's exciting for the sport."

What will be the next big development step for Vodafone McLaren Mercedes?
"We are only able to carry out strictly limited developments for the first three flyaway races, because the schedule is so hectic, but we expect to have a major upgrade in time for Barcelona, and I'm sure the same is true for most other leading teams. We're encouraged by the performance gains we're expecting there and our goal is to make the car more than a tenth of a second per lap quicker at every race thereafter. That's what you have to do to win world championships nowadays."

How do you see the season evolving during the next few months?
"We're not perfect and we recognise things that can be improved in the way we operate, so we're not going away from Melbourne thinking this season is going to be easy. We want to win as many races as we can and, hopefully, that will add up to a world championship."