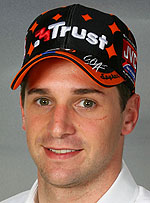 The Spyker Formula One Team's 2007 challenger, the F8-VII, has concluded a successful first day's running at Silverstone Circuit, UK. With Christijan Albers driving, the team completed 200km and focussed on testing systems and gathering data on the new car in advance of the first proper test in Barcelona next week.

Freezing and icy conditions limited track time, however chief technical officer, Mike Gascoyne, was pleased with the team's progress throughout the day, "We've had a very successful shakedown despite the cold weather and icy track, which limited our running to between 11am and 4pm, and we had no major mechanical problems. It's a tribute to the hard work of the the guys back at the factory that we got the car ready on time and everything ran very smoothly. We expect similar track conditions tomorrow, when we look to continue testing the systems and picking up as much data as we can for Barcelona."

Christijan Albers added, "Today we had a really good day, even with the icy track and cold weather. I was happy to do a few laps and learn about the car, and really pleased that there were no major problems. We've now got a good platform for the first test in Barcelona next week, especially with Adrian putting in some more miles tomorrow. Everyone has worked so hard to get the car out on time - they deserve a lot of thanks."

No lap times were issued.