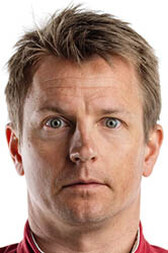 Like Ferrari, Alfa Romeo has participated in Formula One, both as a constructor and engine supplier, albeit with nowhere near the same longevity or success.

Indeed, Alfa Romeo's involvement can be broken down into several distinct phases.

Going back before the Formula One World Championship came into being in 1950, in the early 1930s Alfa Romeo was the team to beat in both sports car and Grand Prix racing.

The advent of Mercedes-Benz and Auto Union pushed it down the pecking order, but, in, 1938 came the Tipo 158 'Alfetta', a Voiturette car which showed enormous promise.

That is a very simple view of the matter, but heavy politics were also involved. Benito Mussolini was not best pleased when the German cars beat his. Mussolini was the first of the fascist dictators and Hitler was his pupil. Mussolini was also widely admired for the way he had transformed an agrarian economy into a modern one. In the 1920s and 1930s, Italy's aviators were among the best in the world, and so were its racing drivers. Mussolini himself entered cars in the Mille Miglia (and he cheated) and he also entered cars for his personal chauffeur (who did little driving, but posed for the photographs).

Mussolini was never the clown portrayed by the British media. Under pressure from Hitler he signed documents condemning Jews, but little was actually done. The Italians, as devout Catholics, found such orders aberrant and Il Duce was careful not to follow up his orders.

This is not to suggest that he was a good guy. He wasn't, he was, like all dictators, a deeply loathsome human being. You have to be deeply loathsome to be a dictator. In Alfa Romeo's terms it meant that the great Vittorio Jano was sacked and Wifredo Ricart, a Spanish fascist, was brought in.

You cannot understate politics from the story. One of Alfa Romeo's top men, Giaocchino Colombo, was dropped by the company because he had been too eager to raise his right hand in salute, and so Colombo could be snapped up by Enzo Ferrari when he was starting his business.

During the war, the Alfa Romeo works cars were stored in a cheese factory. There must have been thousands of people who knew where they were - you can't stick a racing team among cheese without people noticing. Giovanni says to Luigi, That's not a batch of Tuscany Cheddar, that's a bloody racing car. That's how it must have been, but nobody let on.

After the War, the Alfettas were dusted down and, after problems in their comeback race, were undefeated between 1946 and mid-1951, securing the first two World Championships for Nino Farina in 1950 and Juan Manuel Fangio the following year.

In 1952, facing increased competition from its former employee, Ferrari, Alfa Romeo, then a state-owned company, decided to withdraw after the refusal of the Italian government to fund the expensive design of a new car to replace its 13-year old workhorse.

It built cars for the 2.5-litre Formula One, but decided not to race them. In fact, the company's competition policy, like most of its corporate policy, was an utter mess.

During the 1960s, several minor F1 teams had used Alfa Romeo straight-4 engines and a V8 Alfa Romeo appeared in both McLaren and March cars in the early 1970s.

However, in 1975, Bernie Ecclestone, owner of the Brabham team, somehow persuaded Alfa Romeo to supply its Flat-12 Sportscar engine for his team for the 1976 season for free. Over the next two seasons the Brabham-Alfa Romeos claimed 14 podium finishes, including two race victories for Niki Lauda.

Meanwhile, in 1977, Alfa Romeo gave Chiti permission to begin developing an F1 car, and two years later the 177 made its debut at the 1979 Belgian Grand Prix, Brabham having ceased using the Italian engines at the end of 1978.

Between 1979 and 1985, Alfa Romeo, first as Autodelta, then as Marlboro Team Alfa Romeo and Marlboro Alfa Romeo, enjoyed little success, its best season being 1983 when, having switched to the turbocharged 890T V8 engine, it finished 6th in the standings, courtesy of two second-place finishes for Andrea de Cesaris.

After a restructuring at Autodelta, from 1982 the team operation and design of the car was outsourced to Euroracing, though the works engines were still supplied by Autodelta.

Over the course of those seven seasons, Alfa Romeo achieved just two pole positions, three 3rd places, two 2nd places and one fastest lap. Bruno Giacomelli had led much of the 1980 United States Grand Prix before retiring with electrical trouble, while there was tragedy also, when Patrick Depailler was killed testing for the 1980 German Grand Prix at Hockenheim.

1985, its final season as a constructor, was a nightmare for Alfa Romeo, its car so bad that the 1984 car was brought out of mothballs and updated to the latest regulations. Though the old car was an improvement, Riccardo Patrese still described it as "the worst car I ever drove".

Though it had withdrawn as a constructor at the end of 1985, Alfa Romeo continued to provide engines for Osella which had been using its units since 1983. However, over the course of five seasons, the little outfit from Verolengo, founded by Vincenzo Osella, scored just 2 points, those coming courtesy of Piercarlo Ghinzani's drive to 5th in the 1984 British Grand Prix.

In fact, Osella continued to use Alfa Romeo engines in 1988, but the Lombardy manufacturer was so embarrassed by the team's performances that the badging was removed and the units referred to as Osella V8s.

A year earlier, in 1987, a deal had been agreed whereby Alfa Romeo would supply engines for Ligier. While a twin turbo 1500cc straight-4 (415T) was tested by Rene Arnoux in a Ligier JS29, in the aftermath of Fiat's takeover of Alfa Romeo, the deal was cancelled, the French team opting for Megatron (ex BMW) units.

Consequently, at the end of 1987, having exited F1 as a constructor at the end of 1985, Alfa Romeo withdrew from F1 as an engine supplier also, and while, over the years that followed, there was talk of a return, the Italian company looked to other forms of racing.

Then, in late 2017, Sauber announced a multi-year technical and commercial partnership agreement with Alfa Romeo, the legendary manufacturer from Lombardy, part of Fiat Chrysler Automobiles (FCA), joining the Swiss team as title sponsor from 2018, and thereby returning to Formula One after more than 30 years of absence from the sport.

The partnership, which included a strategic, commercial and technological cooperation between Alfa Romeo and Sauber, was intended to enable the exchange of engineering and technical know-how, and provide new opportunities for the two organizations within Formula One and beyond. The team would be known as the Alfa Romeo Sauber F1 Team and would be equipped with the 2018 Ferrari power units.

Following a strong season which saw the Swiss outfit finish eighth in the standings, in an unexpected move, on February 1, it was announced that the team would now be known Alfa Romeo Racing though the ownership and management would remain "unchanged and independent".

"As Alfa Romeo Racing, the goal continues to be the achievement of ambitious results at the pinnacle of motorsport," said the team as the Sauber name disappeared from the grid after 26 seasons in F1, and three years after founder Peter Sauber left the team.

The drivers in 2019 would be Kimi Raikkonen and Antonio Giovinazzi, a tantalising mixture of youth and experience, even if some remain unconvinced that the Italian might be his country's 'great white hope'.

In all honesty it's down to perception, much like the 'glass half full, glass half empty' thing. In the eyes of some, Alfa had a good season, in the eyes of others it had a poor season.

Fact is that the team, coming off the back of a strong 2018, which was in itself a leaps and bounds improvement on 2017, was expecting more, as were we.

But in the three, four, five-way battle that is the midfield, and with Mercedes, Ferrari and Red Bull effectively filling the first six places, there is only so much room for improvement, certainly in terms of point scoring.

Scoring points in the first four races was possibly the worst thing that veteran Raikkonen could have done, for it offered hope. Then there was another flurry of point scoring mid-season, followed by that fine fourth in the ever-changing conditions in Brazil.

At season end, Alfa was eighth, like Sauber the season before, but with nine more points - the majority of which were scored by everyone's favourite Finn.

Despite his fourth in Brazil, it was a largely anonymous season for Giovinazzi, and despite the limitations previously mentioned, there was little in the Italian's performances that suggested if given a more competitive package he would (could) have raised his game accordingly. Indeed, it has since been revealed that following his mistake in Belgium, which cost him a decent points haul, team boss Fred Vasseur was close to calling time on the youngster's career.

There is talk that the ties to Ferrari are proving problematic, for while there are strong links between the Maranello team and Sauber - to call it what it is - there are no ties in the sense of, say, Red Bull and Toro Rosso.

In short, though Alfa retained the 8th place won in 2018, it never built on that, and in the second half of 2019 - other than the 'freak' result in Brazil - was looking to be falling off the back of the midfield group and into the clutches of Haas.

Both drivers are retained for 2020, when Alfa really must take a significant step forward, though whether that is possible remains to be seen.

Weight: 752 kg minimum weight including driver at all times

Maximum fuel capacity: 120kg of which 110kg max usable during the race