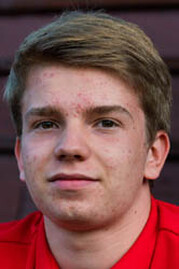 Robert began his karting career aged just 5, and within a couple of years the youngster from Saint Petersburg was winning titles, mainly in Italy.

In 2013 he won the WSK Final Cup - KFJ, beating the likes of Lando Norris, whilst finishing third in the CIK-FIA World KF-Junior Championship.

For 2014, still just 15, he made the switch to single-seaters, contesting 6 rounds of the Italian Formula 4 Championship. Finishing 16th overall, he contested the full season the following year with Mucke Motorsport.

With two wins in the NEC he finished sixth overall, while he claimed eighth in the Eurocup.

At season end he took part in the post-season GP3 test at Yas Marina with Koiranen GP.

Opting to remain in the Eurocup in 2017, Robert switched to the R-ace GP team. In a strong season, in which he scored six wins and a podium finish at every round bar the Red Bull Ring and Paul Ricard, he finished third overall.

In late 2017, Robert tested for European F3 with Prema Powerteam, at which point the Russian was also recruited to the Ferrari Driver Academy.

Scoring his first win at the Red Bull Ring, he followed this up with another at Hockenheim, thereby finishing the season third overall.

During the off-season he made his Toyota Racing Series debut with M2 Competition. Finishing in the top-five in all 15 races - the only driver to do so - he won the title and the Denny Hulme Memorial Trophy.

Staying with Prema, for 2019 Robert moved up to the newly created FIA Formula 3 Championship. Claiming pole for the season opener, Robert finished the race second, but was promoted to first after Christian Lundgaard was handed a time penalty.

With further wins at Paul Ricard and Monza, and seven other podium finishes, Robert won the title.

For 2020, still with Prema, he moved up to F2, with fellow FDA member, Mick Schumacher as his teammate.

Despite wins at the Red Bull Ring, Hungary, Spa and Bahrain, in a hotly contested season Robert was only able to manage fourth overall, behind (champion) Schumacher, Callum Ilott and Yuki Tsunoda.

In late September, Ferrari announced that Ilott and Schumacher would make their FP1 debuts at the Nurburgring, while Robert would get his first taste of 'the pinnacle of motorsport' in the Friday session in Abu Dhabi. Though the FP1 outing never happened, Robert did take part in the one-day Young Driver Test, completing 129 laps at the wheel of the SF1000.

The Russian youngster has yet to reveal his plans for 2021.