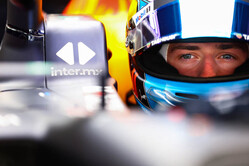 Despite appearing to sever all ties with Estonian racer, Juri Vips it has been revealed that the youngster remains part of Red Bull's prestigious driver programme.

Last week, in light of a racial slur uttered by the driver whilst live streaming a video game, having previously announced that Vips was suspended while it investigated the matter, Red Bull confirmed that it had terminated his relationship with the team.

"Following its investigation into an online incident involving Juri Vips, Oracle Red Bull Racing has terminated Juri's contract as its test and reserve driver," said the team in a statement. "The team do not condone any form of racism."

Though he was retained by Silverstone-based Hitech in the F2 championship, all Red Bull branding disappeared from his car and overalls, while F2 officials admitted surprise at Hitech's decision.

"Hitech Grand Prix's decision today is surprising and not one we would have taken," read a statement from F2. "We will monitor the situation carefully with them to ensure that such behaviour is properly addressed."

However, since then, Red Bull Racing has revealed that while Vips is no longer associated with its F1 team he remains part of the driver programme established by Helmut Marko.

"(Vips) is retained by Red Bull as part of the Junior Driver programme", confirmed Red Bull in a note sent to the media, according to Speedcafe.com.

While Liam Lawson assumes the role of test and reserve driver for Red Bull, there is speculation that Vips could be used by sister outfit AlphaTauri at some stage.

Meanwhile, Christian Horner is adamant that there is no shortage of young talent to replace the Estonian.

"Obviously we've got quite a few youngsters and really promising youngsters that are out there at the moment," said the Briton. We have, obviously, Liam Lawson. We have Dennis Hauger, you know, racing in Formula 2 as well as obviously Daruvala that remains as a junior driver, despite, you know, testing with another team. Iwasa is showing great potential as well.

"And that's just in Formula 2. In Formula 3, it's great to see Johnny Edgar back after illness, quite a nasty illness earlier in the year, giving him another chance. Isack Hadjar is doing a super job as well.

"So we've got no shortage of talent coming through, all the way from karting through the different formulae. And that's always been a policy of Red Bull, to give youth a chance, to back youth, and give opportunities to some of these kids that otherwise wouldn't have been able to progress their careers."

Check out our Thursday gallery from Spielberg here.