Ricciardo hits out at F1's promotion of crashes to attract 'fans' 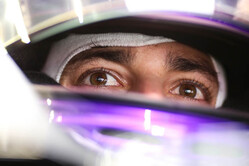 McLaren driver, Daniel Ricciardo has hit out at F1 claiming that its social media channels are using crashes to promote the sport.

You've sat through 50-odd laps of one of the most boring races in living memory, the three men standing on the podium are the same three that started from the front of the grid.

Other than a little argy-bargy at the start, a fluffed pit stop and a spin, you've spent the last ninety minutes watching the sporting equivalent of paint drying.

On social media however it feels like you were watching a different race, on-board footage, radio calls and the like, not to mention the hyperbolic commentary and pulsating rock music.

"Must see" declares the sport's official website, which somehow finds a couple of incidents the cameras must have missed.

By the time the next race comes around, broadcasters, courtesy of some fanciful editing, have a brief highlights review of your borathon that suggests it was one of the greatest races ever.

Tyres squeal, spectators are open-mouthed, a driver throws his steering wheel in disgust, Guenther swears, a car flies through the air.

Ignoring the fact that the spectators are no longer allowed to attend, look a little closer and you'll realise that those spins, those near-misses, that crash, wasn't from the last race or even from this season, merely a marketing ploy to sell the sport... and in the eyes of some nothing sells F1 better than crashes.

In the moments following Romain Grosjean's horrific accident in Bahrain last year, drivers complained as the trackside and pitlane screens showed replay after replay, among them Daniel Ricciardo.

Now the Australian has spoken out, claiming that the sport's promotion of crashes in a bid to capture the attention of new fans is "idiotic".

"Last year, F1 put on their social channels, like, 'top 10 moments of the year' or something, and eight of the ten were crashes," he tells Square Mile magazine.

"I was like, 'you guys are f****** idiots'," he admits. "Maybe 12-year-old kids want to see that kind of content, and that's cool because they don't know any better, but we're not kids. Just do better, guys. Do better than that."

The reliance on crashes, Ricciardo believes, is part of a drive to sensationalise the sport, to suggest that that there is just as much drama away from the track as on it.

Indeed, the Australian points to the Netflix series, Drive to Survive, which has attracted criticism following the release of Season 3, with some claiming it distorts the truth, suggests animosity where there isn't any and generally uses artistic licence in a bid to create what some see as nothing more than a 'high octane soap'.

"I think the first season of Drive To Survive was awesome," said Ricciardo. "I spend some time in the States, and I noticed it literally from one trip to the next. It was the first time I started being recognised and people referencing that TV series. So it certainly did us wonders, even, not to talk social media, but numbers on social media went nuts. It did a lot for us and the sport.

"The second season," he continues, "there were some episodes or parts where I feel they forced it a little bit. They tried to create a bit of a rivalry between me and Sainz and it wasn't really there. Like, he's no more a rival than anyone else. There wasn't any personal grudge with him, but I think Netflix wanted something, so a lot of questions led with asking about Carlos.

"Maybe no one noticed, but for me, I was like, he's fine. I've probably got other guys that I dislike, you know, as opposed to Carlos... I mean, he dresses like a 60-year old, but otherwise he's alright," joked Ricciardo.

Funny enough, Sainz features in season 3, with the programme suggesting there was bad blood between the Spaniard and (McLaren) teammate, Lando Norris, leading to their team boss, Zak Brown subsequently comparing the series to the movie Top Gun.

"I think Netflix is great for Formula 1," he told Motorsport-total.com. "It's a very popular program and I'm pretty sure every fighter pilot sees things in that that you can't do in a jet, but it was still a great movie.

Making clear that the relationship between Sainz and Norris "wasn't the kind of tension that you see in the series", he insisted that "we support Netflix and what they are trying to achieve, even if they sometimes use some creative freedom".