Barrichello to make return to open-wheel 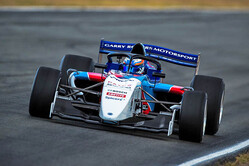 Rubens Barrichello is to make a return to open-wheel next month when he contests the opening event of the new S5000 class at Sandown Raceway in Melbourne, Australia.

The Brazilian, who raced in F1 for 19 seasons, contesting 326 Grands Prix with Jordan, Stewart, Ferrari, Honda, Brawn and Williams, is the first driver confirmed for the new single-seater S5000 category which, according to the promoters, "brings big horsepower wings and slicks competition back to Australian motorsport".

"Having been to Australia many times during my F1 career, I'm excited to be coming back for the first ever race for S5000, in Melbourne," said Barrichello, who, following his retirement from F1 has mainly raced in Stock Cars in Brazil, though he has also raced in IndyCar and SportsCars, including Le Mans in 2017.

"The concept of the S5000 formula is a very interesting one," he added, "the car looks to be a real challenge, and I look forward to playing my part in its launch.

"It's great to see what will be a resurgence in serious open-wheeler racing in Australia. I hear the sight and sound of a 5-litre V8 in the back of the S5000 is pretty awesome.

"I've never been to the Sandown circuit before, so there will be much to absorb, but it looks like a great venue for the S5000s to make their debut. It's going to be a great experience."

Built by Melbourne-based Garry Rogers Motorsport, the S5000s are set to break lap records, and while the speed will be hard to miss, they will also be the first race cars in Australia to feature the 'halo' device.

The FIA-specification carbon-fibre monocoque sports a gearbox and drive-train, suspension, wheels, bodywork and S5000-spec engine components all designed and manufactured in Australia.

Five of the S5000s will be on-track at Phillip Island later this month as drivers get accustomed to the new cars.

The Sandown S5000 race will be held on September 20-22, with support from the popular TCR Australia Series, Porsche GT3 Cup Challenge and Australian GT.