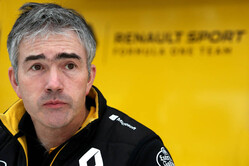 After finishing the race with both cars inside the points in France the team's focus immediately turns to the hills of Austria. Chassis Technical Director Nick Chester outlines the main challenges of Spielberg and offers his verdict on the team's home race last weekend.

What stands out about Spielberg?
Nick Chester: The circuit is situated at around 700m altitude, so in comparison to recent races, it's a bit harder on both the brakes and the engine. It's the shortest lap of the year at around 64 seconds but, despite its length, it's a tricky place to get right. It's very power sensitive with three fairly long straights and therefore a big proportion of the lap is spent at full throttle. There is one slow speed corner but the rest are medium to high-speed and finding the right balance is a challenge.

Like last year, tyres will be a focus point in Austria. There was blistering in France, and Spielberg is a harder circuit for tyre management. It looks like it will be very hot this weekend, which could bring on blistering. We'll be watching out for that during our long runs on Friday. The circuit also has some big kerbs too and those can certainly disturb the car.

How does the team reflect on its home race in France?
NC: All in all, it was a mixed weekend. We struggled a little on Friday but then found some improvements ahead of qualifying although we didn't qualify as well as we'd like. Our race pace was good on both cars and Nico's points were well deserved with a very good drive from thirteenth to eighth.

How did the upgrades fare in France, and will they be used again this weekend?
NC: It takes a bit of time to learn about new parts. They were broadly positive and we'll run them again in Austria. Back to back races are always a challenge and the car will largely be what we ran in France.