ESPN to go ad-free for remainder of F1 season 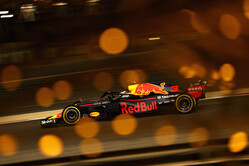 Following the uproar over its coverage of the season opener, ESPN is to broadcast its F1 coverage ad-free for the remainder of the season.

"Shambolic" doesn't do justice to the American broadcaster's coverage of the season opener, with fans taking to social media to vent their frustration over endless ad breaks and no updates on what they'd missed once coverage resumed.

"We deeply apologize to Formula 1 fans for the technical issues that caused them to miss the first 20 minutes of the pre-race show for the Australian Grand Prix," tweeted ESPN in the midst of the broadcasting debacle. "We are sorry that our first F1 telecast did not go as smoothly as we would have liked but we are taking steps to prevent those same issues from occurring in the future. We thank the fans for watching and for their incredible passion for Formula 1."

Now, ESPN, which gets F1 for free and uses Sky Sports' coverage, has announced that following fan feedback after Melbourne the remainder of the year's races and qualifying sessions will be shown ad-free, as was the case in Bahrain.

"We intend to present the F1 races in this way for the balance of the 2018 season," said Burke Magnus, ESPN executive vice president, programming & scheduling. "F1 fans are passionate and we listened to a lot of feedback from them, the fans are very informed and the feedback we received was both polite and constructive. It helped us.

"We don't have a completely finished product but we're very happy with the way the changes after Australia were received. We'll continue to keep working to make it better for the fans."

The news comes 24 hours after it was revealed that Mothers Polish is to be the presenting sponsor for the remainder of the season's coverage.