Ricciardo gets first grid penalty of 2018 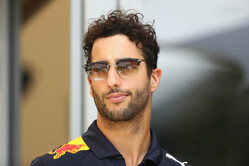 Just 24 hours after admitting that he might be forced to take grid penalties this season for strategic purposes, in terms of the reliability and upgrades to his Renault engine, Daniel Ricciardo has been handed a three-place demotion on Sunday for altogether different reasons.

The Australian was called before the stewards at the end of FP2 for not staying above the minimum time set by the FIA ECU under the red flag.

The Red Bull driver was on his first flying lap on ultrasoft tyres when the session was red flagged after a piece of the F1 timing wire was seen on the track.

Having reviewed the data and video they found that Ricciardo did in fact fail to stay above the minimum time set by the FIA ECU in the penultimate and final mini-marshalling sectors.

They also found that Ricciardo slowed by as much as 175kmph from his fast times at Turn 12 and was consistently and significantly slower in
the final three turns, indicating that he was fully complying with the requirements of Appendix H of the International Sporting Code. However, he admitted an error in reading his dash and was slightly below the minimum time.

As the regulation states, Art. 31.6 was added this year to ensure that drivers reduce speed sufficiently during a red flag. Breach of this regulation is seen to be an extremely serious matter. However, in this case, the stewards thoroughly reviewed the breach and found that the driver slowed significantly, such that no danger was created, and that he proceeded with due care.