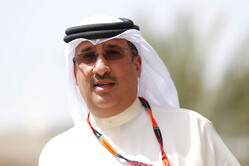 McLaren has joined Ferrari and Daimler on the board of Formula One.

The Woking outfit, which is second only to Ferrari in terms of title success, was offered a place on the board of F1 back in 2012, when Bernie Ecclestone was seeking to keep the teams on board with a new Concorde Agreement.

However, while Daimler and Ferrari were quick to take up the offer to have a director on the board, behind the scenes battles in Woking meant McLaren missed out.

"McLaren could have a director if they made their mind up." Ecclestone told the Independent in 2014, apparently referring to the fall-out in Woking between Ron Dennis, Mansour Ojeh and Mumtalakat, the Bahraini sovereign wealth fund.

Last June however, Dennis sold his 25% stake in the McLaren Technology Group, parent company to the race team, with Mumtalakat's Mohammed bin Essa Al-Khalifa replacing him in the hot seat. Once the dust had settled, Mumtalakat owned the biggest share of McLaren ahead of Ojjeh, while around 21% of the company is owned by private individuals.

Last July, it was still unclear whether McLaren would take up the option, a source telling the Independent: "I don't think McLaren has made any decisions on it yet".

Forbes now reveals however that according to the latest filings from F1 McLaren did indeed take up the offer with Al-Khalifa taking his place on the board, which comprises twelve members in total, alongside Sergio Marchionne and Bodo Uebber a Daimler board member.

"Each of McLaren Technology Group Limited, Daimler AG and Ferrari has exercised the relevant right and appointed a Team Director," reveal the filings.

As ever, Ferrari enjoys certain benefits not available to other board members, most notably that it can influence the removal of chief executive Chase Carey and the appointment of his successor by virtue of Sergio Marchionne being a member of the Nomination Committee of the series.

However, much like the engine rules and the current allocation of the prize pot, this comes to an end once the 2020 season is over.