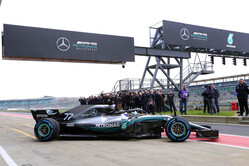 A new directive from the FIA is aimed at ensuring customer teams have engine performance parity with works teams.

As witnessed last year, come Q3 and the works Mercedes clearly had a mode that was not available to its customer teams, leaving the likes of Force India as frustrated at the German outfit's superiority as the Ferrari and Renault powered teams.

However, it was widely suspected that the other manufacturers were also holding back in terms of the engines they supplied to their customers.

In a bid to end the disparity a new directive, sent to the teams last month, will ensure that all the engines supplied by a manufacturer will be identical, in both the way they look and how they operate.

"Whilst the dossiers for each team may be identical it would appear that some are being operated in a different way to others being supplied by the same manufacturer," it read. "It is therefore our view that all power units supplied by one manufacturer should be identical, not only in terms of the dossier for each team being the same, but we also feel they should be operated in an identical way.

"With this in mind, we will expect all power units supplied by the same manufacturer to be:

"i) Identical according to the dossier for each team.

"and, unless a team informs us that they have declined any of the following, they should be:

"ii) Run with identical software and must be capable of being operated in precisely the same way.

"iii) Run with identical specifications of oil and fuel."