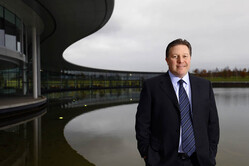 It is claimed that McLaren has agreed a "long term" partnership deal with PC manufacturer Dell Technologies, a move which if true marks the Woking outfit's first significant sponsorship deal since Zak Brown joined the team in November 2016.

The claim comes from Sky News City Editor, Mark Kleinman, and though he enjoys a somewhat chequered reputation in terms of his insider scoops, appears somewhat confident about this one.

While the partnership has yet to be confirmed by either McLaren or Dell, the move would make sense especially in light of the Woking company's move into eSports last year.

It is understood the deal will see Dell, which has previously sponsored Sauber and Caterham, supplying software and hardware to McLaren, for its F1 team and various other businesses.

Though Kleinman describes the deal as "major", sources claim the deal is not nearly as big as is being suggested, and is certainly not the seriously major deal the team is seeking, even though Brown recently played down the importance of title sponsors.

Indeed, to those of a sceptical nature, of which there are many in F1, the wording of Sky News report, which refers to a "spate of new deals" for McLaren, which presumably means the business news network CNBC and Airgain, which provides wireless connectivity platforms, has more than a hint of "puff" and "bigging up" about it.

That said, McLaren, which recently announced a business advisory group comprising the likes of Lord Coe, heads into the new season with renewed confidence having dumped Honda, following three years of misery, for Renault power units.