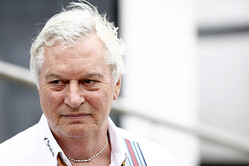 As Mercedes continues its search for a replacement for Nico Rosberg, Williams technical boss Pat Symonds has called on his team to stand its ground.

While Bottas is one of several drivers who would make a good fit at the Silver Arrows, Symonds feels his loss at Grove could be catastrophic.

"We will have Lance Stroll on his debut, with no F1 experience, so to hold on to Bottas will be crucial for our success," he told Gazzetta dello Sport.

"People often underestimate the importance of continuity in a team," he continued. "Despite all the instruments we have, the driver is still the final link between the engineers and the data to be interpreted. You can replace one of them, but you need the other as a milestone, especially in a season of rule changes as 2017 will be. To lose him would have heavy consequences on the team."

Ironically, Symonds warning comes at a time the Grove outfit is linked with his counterpart at Mercedes, Paddy Lowe, who began his F1 career at Williams before heading off to McLaren.

Mercedes choice is simple, either opt for a relative rookie in the shape of Pascal Wehrlein or go for an established driver, such as Bottas, though this option is strictly limited by the fact that almost all the drivers are already locked into contracts for next season.

Returning to the stability and continuity theme, Symonds believes the new regulations for 2017 will lead to a change at the head of the grid, though he warns fans not to fall for some of the media hyperbole in terms of spectacle.

"The new regulations are not a guarantee of overtaking moves and spectacle," he said. "Ecclestone has pushed for us to build cars four seconds a lap quicker, but in order to see real battles you need more balance in performances, and therefore rules stability.

"However, the dominant team may change," he added, "Red Bull, after its 2015 crisis, has again built a great car. If the Renault engine makes another step forward, in my opinion they will be favourites for the title."