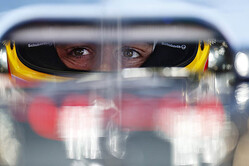 Today was a largely problem-free day for McLaren-Honda as free practice began at Suzuka, the venerated home of Honda and the Japanese Grand Prix.

The team evaluated new components throughout the day. While Fernando Alonso suffered a minor spin during FP1, and Jenson locked up on his Option-tyre flyer, both drivers gathered useful data, which will be duly crunched this evening ahead of tomorrow's important qualifying session.

Fernando Alonso: "It's been a tough day, generally. "Our most important objective for this afternoon was to understand the compounds across the length of a long-run, and we did that. Nonetheless, we're not yet happy with the set-up and we need to do some more work this evening.

"We're still investigating the cause of this morning's spin - it looks like there were some aerodynamic issues with the rear wing. Luckily, we didn't damage the car and could continue running until the end of FP1.

"We need to find something extra tonight - let's just hope it doesn't rain in FP3 tomorrow as we need to understand the changes we make tonight ahead of qualifying and the race. Getting into Q3 could be quite difficult now."

Jenson Button: "On single-lap pace, the car doesn't actually look too bad - I just didn't get a great lap this afternoon. But if we can get a good lap together - which we'll hopefully do tomorrow - we may be able to get into the top 10.

"However, our long-run pace is more of an issue - and that's something we need to solve as it's usually a forte of mine, and it wasn't today. The degradation is significant, we're some way off, and we're looking into the reasons why. I think there's something not quite right, as opposed to there being a set-up issue; but hopefully we can fix it by tomorrow. I'd love it to rain - that would help us have a chance of a good result here."

Eric Boullier, Racing Director: "It's always fantastic to arrive at Suzuka: the colour, the fans, the banners, the gifts, they all add up to making the experience special every single time. This year is no different, and it's been extremely encouraging to see the rising number of people wearing McLaren-Honda caps and T-shirts in the grandstands today.

"Turning our attention to the racetrack itself, Fernando suffered a small 'off' during the morning's session - an unexpected lack of grip between the two Spoon corners caused him to lose the rear end and skim the barriers. Fortunately, the damage was minimal - just a broken rear-wing end-plate - and caused minimal delay.

"In the afternoon, both drivers worked hard to improve balance and driveability. While not completely successful, the changes enabled us to make progress, and we go into the evening looking to improve our cars' set-up further ahead of tomorrow's qualifying session."

Yusuke Hasegawa, Honda R&D Co Ltd Head of F1 Project & Executive Chief Engineer: "The fans here at Suzuka have given us such a warm welcome, and I am very happy to be back at our home race in Japan.

"As usual, it's tricky to know where we stand after Friday running because of the changeable track conditions during the weekend, and the testing of various set-ups on both cars.

"Fernando was happier with his balance and we were able to run stable lap times, so we can say that he had a fairly decent Friday's running. Jenson was less satisfied, especially with the tyre conditions, but his time gap to Fernando was not so off, so we are expecting him to improve during tomorrow's running."