Renault duo look ahead to Canada 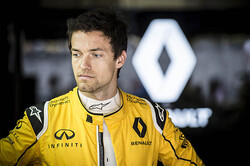 Jolyon Palmer looks to a cool city for a strong result.

What are your thoughts heading to Montreal?
Jolyon Palmer: I was there last year and I realised what a really cool city it is. It's also one which genuinly embraces Formula 1 coming to town so can't wait to return. The track itself looks great with good overtaking opportunities. There has been good racing there in the past so it's exciting to be headed for my first race there.

I will get the B spec power unit for the first time. It looked like it made a good difference in Monaco and Canada is a more power-hungry circuit so if it was a positive step in Monaco it should certainly help our cause in Montreal.

The new engine mapping certainly looks to have been beneficial and you need good traction in out of the lower speed corners in Canada. It's got more power too so everything is good in that regard!

We should be a good chunk more competitive. We'll do everything we can to maximise the car around the track and we'll be pushing all the way as usual!

What went wrong for you in the Monaco Grand Prix?
JP: We went over the data and it looks like it was the lower grip as I crossed the white lines of the zebra crossing which meant my wheels span as I pushed to accelerate. The car was pitched sideways and I collected the barriers. It was just the wrong place at the wrong time. I had a bit of bruising on my feet so it was just my ego and the car that had to suffer.

I have been in Enstone since Monaco, to get some time in the Sim but I did also offer to get the spanners out to help build the new chassis… I'm very grateful for all the hard work that goes in at the track and back in Enstone and Viry and I did more than my fair share of damage to the car in Monaco.

Away from the track, Monaco is such a big week and you really feel it afterwards. On Monday night I slept a straight 14 hours to recover; I was exhausted! It's a really cool weekend, but it's just so busy! You start a day early then there's no track running on Friday but all kinds of exciting media initiatives including showcasing the R.S.16 Clio which was cool.

After an inspired intermediate tyre choice by Kevin Magnussen in Monaco didn't bear the fruits it should have done thanks to the intervention of a rival driver, our Dane looks to Montreal to show what he has up his sleeves.

What do you think of the Circuit Gilles Villeneuve?
Kevin Magnussen: It's a cool circuit with a semi-street track vibe to it. It's quite challenging in its nature with some rapid chicanes and big braking zones. Overall it's a quite enjoyable circuit to drive and it usually offers a good race.

Any favourites from previous Canadian Grands Prix?
KM: The 2011 race really sticks in my mind where my old team-mate Jenson Button took the victory. That was pretty cool! When you look back there have been plenty of good races there. I was in the points when I raced there in 2014. Let's hope for a classic this year.

Have you watched the Monaco Grand Prix?
KM: Unfortunately I watched some of the race live from the team motorhome after I retired which certainly wasn't my plan! I haven't watched the first half as I know what happened to me. We did have potential to move forward and possibly get into the points so it was an opportunity missed. It was a frustrating after the contact so I prefer to look forward to Canada and beyond.

What's been keeping you busy in preparation for Canada?
KM: Nothing unusual and to be honest it's almost a routine between races. I've been training, I've been in Enstone to spend time with my engineers and in the sim and I also get some rest and relaxation.

What are your hopes for the Canadian Grand Prix?
KM: It's a more power sensitive track than Monaco so the latest power unit should have more effect there. Hopefully we have more time to get the set-up dialled-in and make use of the upgrades for the car. If we have a good weekend certainly we want to be fighting for points.