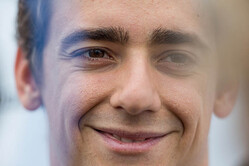 Haas team principal Guenther Steiner claims there isn't a US driver ready for F1 at this time.

Six months ahead of its F1 debut, Haas is already generating huge interest as the first American F1 team in thirty years.

However, team principal Guenther Steiner says the team is highly unlikely to have a home grown driver at the wheel.

"There is nobody out there at the moment," he told the official F1 website. "Yes, there are drivers in GP2 and F3, but having a rookie in a new team... that is difficult for both sides.

"The potential of such a partnership failing is pretty high," he added. "So at the moment we'd rather not be looking at that avenue, because you are also not helping an inexperienced driver - he could be burned in one season. We are new, so we need a known quantity in the team."

Having previously admitted to having as many as ten drivers under consideration, including Esteban Gutierrez and Jean-Eric Vergne, Steiner revealed that at least one driver should be confirmed in the coming weeks.

"I don't want to drop names at this time, but we're pretty confident that by the end of September we will announce at least one driver," he said. "We are negotiating with two of them, but nothing is done.

"We are very close to some drivers - and at the end of September we will come forward. It is good to get another box ticked!"

And talking of ticking boxes...

"In the next few weeks we start manufacturing the chassis," he revealed, "we are in the Ferrari wind tunnel anyway every second week. We will announce our driver at the end of September and in October we will put in our entry at the FIA. We do have a license, but now we need to officially enter.

"In the next couple of weeks we will have finished the rebuilding of the old Marussia factory. Our pit equipment is rolling in - we have bought everything new or got it custom-made - and the people for the race team are joining. It is growing with every day. In January is the FIA crash test. A very intense time."

Of course, some might say that bringing a brand new team into the sport, at a time when existing outfits are seriously struggling is madness, recounting the old adage about the only way to make a small fortune in F1 is to start with a big fortune...

"For those teams that are struggling, there must be reasons for it," says Steiner. "We came up with a different plan that has a strong focus on collaboration with somebody established, and therefore we don't start from zero. Of the teams that came into the sport in the last decade only one is left, so we thought it through and came up with some quite different ideas.

"We don't want to do everything ourselves, so we came up with 'our' plan. Of course now we have to prove that it works, but we are definitely not afraid of entering a challenging and difficult environment. I believe that if we stick to our plan, we can prove ourselves and also encourage others to come in - with a different approach.

"You cannot do more of the same if the recent past has shown that more of the same doesn't work. Our plan was decided four years ago - and we still stick to it. Mr Haas knows what he is doing."

The collaboration Steiner mentioned is with Ferrari.

"Mercedes was an option," he reveals. "We spoke with them as well, but Ferrari came out as the better option - so we go with Ferrari. We know that nothing is forever - but right now we hope that it is forever.

"We still build our own chassis and bodywork," he says of the partnership. "But it will be different. It is a bit like road car manufacturers: they all work together and many use the same platform, but everybody keeps their own identity.

"Times have changed: now nobody cares where you get your steering racks from or your brake pedals. But then I agree that plain customer cars could be dangerous because you might end up with too many of the same cars - because everybody, of course, wants the best car. But if you do your aero development yourself it is a good compromise at the moment."

The team, though American, will be truly international.

"The headquarters is in North Carolina - the administration, CFD and machining," says Steiner, "in the UK we will have the race team; and in Italy the design and aero department.

"We are running out of three countries. Sure, not the easiest thing, but doable - and technology helps a lot. For sure it would not make sense to run the race team out of the US, so we needed a European base.

"If our plan works out the way we want it, it could be a model for somebody to copy," he concludes. "Right now everybody is scared to come into F1, but maybe we will inspire them to say, 'Hey, it's doable!' We are not dreaming of immediately winning, but of being respectable in our performance - and that could stimulate others."