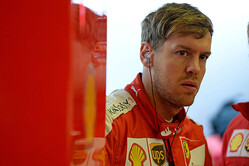 Speaking in the wake of a high-speed failure which cost him an almost certain third place, but possibly much more, the German hit out at the tyre manufacturer.

“Things like that are not allowed to happen, full stop,” he told BBC Sport. “If it happened 200 metres earlier, I am not standing here now. I don’t know what else needs to happen.

“I think it is the sort of thing that keeps going around and no-one mentions. It is unacceptable.

“If Nico tells us he did not go off the track, he didn’t go off the track, why should he lie to us?" he added, referring to Nico Rosberg's insistence, despite Pirelli's stance, that his spectacular failure was due to failure of the tyre and not the result of running over something which damaged the tyre.

“It is the same with me, I didn’t go off the track, out of the blue the tyre exploded, and as I said if this happens earlier than I am f****. It is not acceptable.”

Whilst Rosberg's failure happened at Blanchimont, one of the fastest parts of the Belgian track, Vettel's failure was as he began the long climb up the Kemmel Straight. However, just moments earlier, the German had driven through Eau Rouge, one of the most notorious corners on the calendar.

Pirelli, on the other hands, insists that today's failure was down to Ferrari and its strategy.

"It was at the end of wear life," Pirelli 's Paul Hembery told reporters "Any tyre in the world, when it gets to the end of its wear-life, you're going to have a problem.

"He'd done 28 laps. We thought the strategy would be based on two or three stops, as the majority did, but they clearly felt they could make it work with one stop. They obviously felt that was feasible.

"Wear life was indicated at around 40 laps, but it's an indication and race conditions can change that, and some factors involved in racing mean that sometimes it's not a precise datum. Other teams were taking a different direction.

"Rosberg's was an external cut, this was pure wear," said the Briton. "The images show the carcass was still intact.

"If the race was one lap less, he'd be on the podium and we'd be calling it a genius move, sometimes the margins are very fine," he concluded. "It's tough, but he's a driver, he's been out there and he's frustrated that he's only one lap away from getting a result. So I'm not going to criticise him for that."