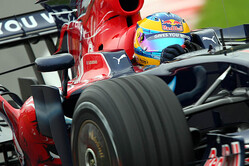 The Frenchman, who came to F1 following four successive ChampCar title wins, lasted just one and a half seasons in F1 before the dream turned sour.

Signed by Toro Rosso, during a period when the team was at its most turbulent in terms of hirings and firings, his best result was a brace of 7ths - the first in his maiden Grand Prix (Australia) in 2008, and again in Belgium later that same year. Meanwhile, his teammate, Sebastian Vettel, was to score the team's first (and only) win, at Monza.

The Frenchman was dropped mid-season 2009, team boss Franz Tost claiming the partnership had not reached expectations. Following the threat of legal action, the Faenza outfit subsequently paid a reported $2.1m to the Frenchman.

From F1, Bourdais headed to Superleague, Le Mans, SportsCars and back to IndyCars.

It was following Sunday's victory in Detroit, in the Chevrolet Belle Isle Grand Prix, that he hit out at F1.

"It feels really good," said Bourdais, whose previous IndyCar win was at Montreal in 2014. "I'm enjoying my racing again after a horrible experience in Formula One.

"I didn't feel wanted or that I could work with the team in Formula One," he explained to the Detroit Free Press. "Now I'm with sort of an underdog team competing against the Penskes, Andrettis and Ganassis, and it is feeling great.

"It's challenging racing on concrete," he said of the Belle Isle Raceway. "Driving in the rain at Detroit... it's tougher than any Formula One track, including the streets at Monaco. F1 has ruined every track. They have taken the character out of them, made them vanilla. It hurts me. Monaco is now a frigging parking lot with a couple of turns.

"Too much in Formula One is all about the wrong reasons," he added. "Money and position, it is not about the racing. In IndyCar, no one makes money. It's just great, pure racing."