Strategy Group... all meet and no substance 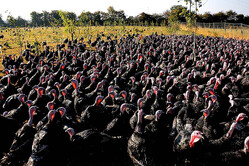 It's understood that yesterday's meeting of the F1 Strategy Group, as widely anticipated, produced little of substance.

Indeed, it would appear that other than agreeing the date of the next meeting - as Bernie Ecclestone had predicted - the only topic on which there was some form of agreement is that which will cause more controversy, alienate fans and damage a number of existing teams.

Never mind resolving the issue of whether the four engine limit should be increased to five - at a time when Red Bull is perilously close to falling foul of the rule - in its infinite wisdom the Strategy Group has effectively given the green light for the bigger teams to sell their chassis to customers, a move which would effectively spell the end of teams like Sauber and force India, which is actually a member of the group.

Talk about turkey's voting for a Christmas party.

So, at a time the sport is haemorrhaging spectators, viewers and sponsors, and in danger of losing a couple of teams, rather than focussing on what is really needed the sport's powers that be are focussing on something that will probably prove to be even more of a turn-off.

Gene Haas must be wondering what on earth he's getting in to.