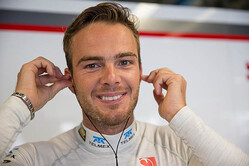 Just moments after Giedo Van der Garde issued his statement relating to his legal wranglings with Sauber in Melbourne, the Swiss team issued a press release of its own.

However, rather than addressing the various points the Dutch racer had made, including the end of his F1 career, the fact that it had lost legal cases in Australia and Switzerland and ultimately been forced to pay "significant compensation", the Swiss outfit announced Singapore Airlines as a new partner.

Several hours later the Hinwil outfit finally addressed the issue. Taking to Twitter, in addition to revealing the hashtag #LetsRaceNotFight (groan), it issued a brief, somewhat patronising statement of its own.

"Many of you read today's statement on Giedo van der Garde's Facebook page. So have we and we were, indeed, rather surprised. We don't know about Giedo's intentions. He may try to present himself as a winner, while we had actually hoped to come to rest after our agreement. Giedo decided to take a different approach - the reasoning behind we cannot understand.

We'd have very good answers to the many statements and accusations in Giedo's post. But to expand on this wouldn't help our race team nor our fans and partners. It would only encourage a mud fight via the media and we will not lend ourselves to that. The next race in Malaysia is where our focus is and that's where we will build up on last weekend's success together with our drivers Marcus Ericsson and Felipe Nasr. All our efforts are drawn to this objective.

With this in mind we'd like to encourage you to form your own opinion about what happened, however critical it may be. From our side we herewith close the matter and look already forward to celebrating future achievements at the race track together with you."

Unfortunately, whilst wishing to avoid a "mud fight", yet taking the opportunity for another swipe at the Dutch driver, the Swiss team called on race fans to form their own opinion.

They did, and for the most part it wasn't complimentary.

Ruud Oegema: If i listen to the judges only (and not to Guido) then it's clearly that Sauber made a mess off things. Shame on you.

Sean Du It's what happens when you sign four drivers for two cars you greedy dicks!

Hidde Boogaard An expexted comment; take your responsibility, you did things the wrong way. His accusations are completely justified, he is a passionate driver and he thought he had a chance to race with you, since he had a contract. I've lost a lot of respect for Sauber, you can't treat people like this.

Dario Sinnige Fight for your dream. And his dream is racing, its his passion. Why would he not fight it? I think he did a great job! This should be a wake up call to all drivers

Scott Franklin The court says that you screwed Giedo. We all saw that you signed more drivers than you had seats for. To use an American colloquialism, it seems that you "robbed Peter to pay Paul". You have permanently lost a fan in me. I will actively avoid all of your sponsors. We don't need thieves in F1.

Wilbert Baan "He may try to present himself as a winner" of course he does! He won every lawsuit against you guys. A really stupid press release sauber.

Nick Callisto You took his money to keep the team alive, then ditched him for 2 drivers with more money, what did you expect?

James van Bregt PR fail, Sauber. You lost in law, while your team principal is a contracts and arbitration lawyer. Your losing counter argument was one of safety, suggesting GvdG has simply stated the facts, as accepted by the Courts. You dealt dishonestly, and yet you seek to paint him in a bad light. Shameful.

On and on it went.

As one fan succinctly concluded: Maybe hire a social media expert instead of 4 drivers.