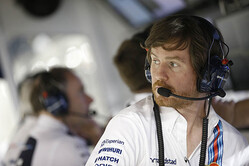 One of the classic Formula One venues, Spa-Francorchamps is loved and respected in equal measure by the drivers. It's the longest track on the calendar and within its 7kms are several of the most challenging corners in the world. Pouhon and Blanchimont are both fast and taxing left-handers, but Eau Rouge remains the corner that's recognised by racing fans the world over. In dry conditions the cars enter Eau Rouge at 180mph and they experience both lateral and longitudinal g-forces as they pass through the compression at the bottom of the hill, while flicking their cars through the left-right-left sequence. With the 2014 technical regulations limiting downforce at the rear of the cars this year, there's every chance that it won't be 'easy-flat', which will test the drivers' skill and bravery to the limit.

Valtteri Bottas: Spa is always a great place to go; it's one of the best circuits in the world. The elevation changes and high speed corners make it a real pleasure to drive, especially in an F1 car. Because of the long straights and variable weather conditions races can be very interesting for the driver and for the fans. To be competitive in Spa you need a car with efficient aerodynamics, so we expect to be strong and are aiming for a good result. The break has been long so I am really looking forward to getting back in the car.

Felipe Massa: I love Spa, it's one of my favourite tracks because of the long straights and high speed corners, and it's a track we all look forward to racing at. The long straights should suit our car and we can kick the second half of the season off with some success. I won here in 2008 and so I know what it takes to win. I have had a really nice summer break but am ready to get back to racing. We have some great tracks to look forward to and I hope we can carry on developing our car like we did the first half of the season, and continue to be near the front.

Rob Smedley: We have had a really good start to the 2014 campaign, everyone is living and learning how to race back at the top again. Hopefully everybody has come back refreshed and motivated for the second half of the season. The objectives within the team are clear, we want to finish as high up in the constructors table as possible. Spa is a circuit that should suit us, there is very high drag and engine sensitivity and those features will benefit us. The middle sector is something we will have to work on throughout the weekend, and in qualifying we will need to have the tyres switched on for that sector. There is always a chance for rain in Spa, so we have to be conscious of this throughout the weekend.