Perez Canada penalty will be reviewed 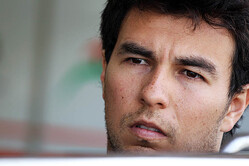 Stewards at the Red Bull ring have confirmed that they will be reviewing the grid penalty handed to Sergio Perez following an incident during the recent Canadian Grand Prix.

A statement issued by the Stewards in Austria during FP1 this morning reads:

"Having received a request for a review of the Stewards' Decision in Document 44 of June 8, 2014, and having been designated by the FIA to determine this matter, the Stewards of the 2014 Austrian Grand Prix heard from Team Representatives and the Driver of Car 11.

Further the team submitted that it had now had the opportunity to speak with the driver on the circumstances leading to the incident under review and had been able to consider the relevant telemetry. The Team requested that these new elements, namely the verbal testimony of its driver and the relevant telemetry be considered, and that the Decision in Document 44 be reviewed.

Having considered the matter, in accordance with Article 13.10.2, we exercise our discretion and determine that new element(s) exist and therefore a hearing to consider the relevance and merit of the new element(s) will be convened at 1600 hrs June 20, 2014, pursuant to Article 13.10.1.

We note for the record that these are exceptional circumstances, namely where the driver was taken to hospital and unable to communicate with his team or attend the hearing, and this determination is not to be considered a precedent."

Both drivers are to attend this afternoon's hearing which could not only see Perez' penalty revoked but, should the decision go against him, increased.