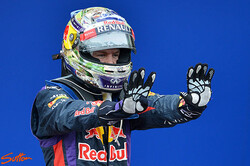 The FIA has announced there will be a bonus points round at the end of the 2014 Formula One season. Announced yesterday along with a host of other changes, the news has been met with almost universal panning from the media and fans alike which saw feedback to Pitpass' original article label the decision "ludicrous" and "a distortion of competition”.

Negative fan reaction aside, a deeper analysis paints a rather confusing picture for a change which is clearly aimed at spicing up the championship battles until the very end of the season.

If the new final round double-up multiplier (DUM) were applied to the 2013 championships there would actually be little difference.

In the Drivers' Championship the DUM system would have made just a single change; Sergio Perez, who scored 49-points, would have scored 57-points under the new system and thereby finished above Nico Hulkenberg's 55-points (the Sauber driver he scoring 51-points under to the 2013 system).

In the Constructors Championship Ferrari would have out-scored Mercedes by three points, giving the Italian team second behind Red Bull and perhaps as much as £7.5m more in FOM prize money.

Those two relatively minor changes across a season which was, if we're honest, fairly typical in Formula One's history, are the sum of it. For a change angled at increasing the spectacle until the final corner of the final lap of the final race, it doesn't seem to add up.

It's only if the DUM concept is applied to the 2012 season that it would have made any notable impact, but again, not on the constructors' title. If in place for 2012 it would have seen Fernando Alonso crowned champion by seven points over Sebastian Vettel, but that stands as the sole change of note if the system were in effect from 2010 onwards.

Given that, what is the DUM change actually meant to achieve?

For such a fundamental and significant change to the scoring of both drivers' and constructors' championships it doesn't appear that a great deal of thought has gone into the plan, which has understandably left fans baffled, confused and irritated.

Check out the Memento Exclusives sale - amazing offers on 2013 merchandise in time for Christmas!