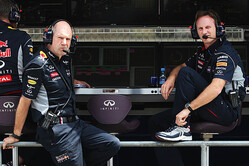 Though neither party is saying anything publicly, and it could be a year before he can begin work, Prodromou's move from Milton Keynes to Woking is a done deal.

The Englishman, who joined Red Bull in 2007, a year after the recruitment of Adrian Newey, previously spent fifteen years with McLaren, as CFD analyst, Project Engineer in the aerodynamics department and Head of Aerodynamic Design, before being appoiinted Chief Aerodynamicist in 2005. In 2007 he moved to Milton Keynes in the same capacity.

Brawn, who has yet to decide his own future plans, or at least make them public, believes Prodromou is a great loss to Red Bull.

"I have never worked with Peter but he has the reputation of being a strong engineer and obviously has been involved with some very successful projects, so there will be a change," he told the Guardian. "I don't think any team can lose someone of that experience and calibre without it having some impact.

"It happens in F1 all the time," he admitted. "Red Bull are where they are because they took Adrian out of McLaren. It's the nature of F1. It's fairly incestuous.

"James Allison has gone from Lotus having designed a very good car there, to Ferrari, and I am sure next year their car will be a lot better. That's the nature of the business."

While Brawn is understood to be keen to leave Mercedes following the recruitment of Paddy Lowe (from McLaren), Niki Lauda is said to be equally keen to keep the Englishman on board.